India and its influence on artists around the world

Indian music, as well as the cultural heritage of India itself has been an epitome of inspiration for numerous artists around the world. Indian classical music is seen as one of the most influential types of music around the world, especially evident due to the fact that there are entire genres based around Indian classical tunes and melodies. The intricately complex rhythm patterns and complicated time signatures have acted as essential frameworks for many artists to build on. Here are some of the masters of music who have been heavily influenced by Indian music as well as India itself. 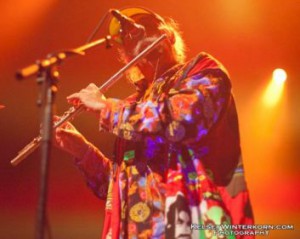 Songs from The Beatles, such as “Norwegian Wood” and “Within You, Without You,” are just some of the subtle symbiotic symphonies between Indian and Western musical influences among their works. These classics have the intensely beautiful and blissfully careless tunes of the sitar molding effortlessly with the equally soothing melodies that the vocalists and their instruments sing in utter abandon. The awe-inspiring enigma that is Ravi Shankar has inspired a lot of artists, just one of whom are The Beatles.

Tripped Out Fact: Roger McQuinn of The Byrds said that he, along with David Crosby, introduced Ravi Shankar’s music to the members of The Beatles during an LSD trip.

Nusrat Fateh Ali Khan, who is originally from Pakistan, has also been added to this list due to the fact that his music transcends boundaries of culture and nationality (not unlike music as a whole). Moreover, the Indian element in these songs comes from the language in which they are sung. As Eddie Vedder’s soulful longings echo, as he sings in Hindi too, along with Nusrat Fateh Ali Khan’s deeply resonating renditions, one cannot help but feel awe-struck, so much that it can leave you panting in wonderment. Songs like “The Long Road” and “Face of Love” are auditory spectacles that have to be experienced to truly understand their innate beauty. Nusrat Fateh Ali Khan has been a beacon of inspiration for various artists around the world.

This artist has one whole album dedicated to the living psychedelia that is India, which is called “Ineffable Mysteries From Shpongleland”. The songs range heavily and widely from Indian ragas, traditional Indian instruments like the flute and the sitar, as well as the classical Indian vocal harmonies. More than just a celebration of Indian music, Shpongle’s music exemplifies the impact that the musicians felt due to the very essence of India, its people, and their tripping experiences during their extensive visits. Their songs range from samples of Indian street musicians, to random chants of a beggar praying at a temple. The electronic sounds and beats in their psychedelia-filled songs beautifully compliment the entrancing melodies of the flute, along with the myriad of sounds and auditory hallucinations that Shpongle manages to conjure up.

Tripped-Out Fact: The word “Shpongle” is an imaginary word; something that Raja Ram came up with while he was in one of the higher states of consciousness- He said something along the lines of “I’m feeling very Shpongled!”, which eventually became their original tagline.

This is just another one of those numerous psychedelic artists out there who have been heavily influenced by India, its culture as well as its music. Among their songs, “Arambol” is an apt example of how much importance India holds in Astropilot’s music. For those who don’t know, Arambol is a beach in Goa which is famous for its psychedelia-filled atmosphere, with diverse people and colors all around, not short of a psychedelic “trip” itself. This song is undoubtedly presented as a tribute to the experiences that the artist had on the beach himself. The song is heavily incarnated by Indian vocal patterns, along with many other local Indian instruments, like the local drums which can be heard reverberating in the darkness as one walks along the starlit shoreline at Arambol.

Extensively complicated time signatures, with overlapping patterns and intricate melodies, all of which coalesce together to form epic pieces 10-15 minute long pieces of musical awesomeness. This may sound like any other Indian Classical piece, but is in fact an apt description of Intronaut’s music. This progressive metal band, along with paying homage to the intricate Indian Classical musical structures also heavily uses elements of tabla and the sarod, both of which find immense usage in Indian music as well. In songs like “The Reptilian Brain” and “Valley of Smoke”, there has been extensive usage of the tabla, along with the pining sustains of the bass guitar and the complex drum patterns, all of which merge together to take you to a place of utter awe.

Tool is a band which has been associated with many things, such as the propagation of a higher consciousness, tripped-out on-stage performances, complex and almost meditative pieces of musical mastery, and ofcourse, heavy influences from Indian Classical music. A beautiful example of the influence of Indian music in Tool’s artistic style is the song “Reflection”, which is part of a trilogy of masterpieces, the other two songs being “Disposition” and “Triad”. The intro to “Reflection” has elements of the sarangi, a stringed instrument used in Indian and other type of oriental styles. The effect that the sarangi adds to the song is mesmerizing, with complete connectedness between the rhythm patterns and ambience of the other instruments.

{This is the complete trilogy, which you have to check out}

Kalya Scintilla is the musical brainchild of Yaygon Lamagier from Australian. His music is something that connects intense tribal elements as well as heavy derivations from Indian and Arabic styles of music. He uses numerous Indian vocal samples as well as Indian instruments themselves, such as the flute, veena, sitar and the tabla. The combination of oriental, tribal and Indian sounds, samples and instruments, along with the throbbing beats and bass lines reminiscent of dubstep and psychedelic ambient music, results in an auditory experience that has been described as shamanic, healing, and awakening by listeners.

Tripped Out Fact: Yaygon has said that the first part of his stage name, “Kalya” (from Kalya Scinitlla) is a Romanian gypsy word which means tomorrow as well as yesterday at the same time. This is not unlike the Indian or Hindi word “Kal”, which incidentally means the same thing!

{A masterpiece from Shpongle that one just cannot ignore}

{Song by technical death metallers Cryptopsy, which has heavy influences from Indian ragas like the Bhairavi raga}

{Post-rock along with Indian influences, with the tabla in the intro of this song from God is an Astronaut}

Previous Lesser Known Areas of the Brain and their Functions
Next A mitochondrial trip! Double-edged sword. . .