Humans have, since the invention of drugs, relied on pharmaceutical medicines. We all know that science has played a vital role in the development and progress of humankind but we have forgotten the very fact that taking help of medicines and completely relying on them are two different aspects of survival. The latter leads to self destruction and thus on many occasions have people tried to find an alternate way for many cures. But never did they realize that Music can heal various diseases, serious ones. 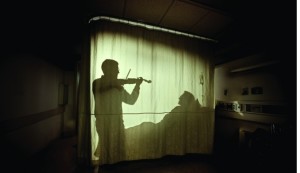 Music, in today’s world is only regarded primarily as a mode of entertainment and fun but the other side of it where people found that it can cure diseases was just recently discovered. Not that I am talking about the role of music in various kinds of rituals and its importance in religion which was actually used to create an atmosphere with positive vibrations around but treating dangerous and life threatening diseases. Discussing the importance and the effects of music is never ending but I would like to through some light to this un-explored (terra Incognita) essence of it.

TRIPPED OUT FACT: The “chills” you get from listening to your favourite band or a music piece is called Musical Frisson

Obviously, music makes you feel relaxed, makes you feel like dancing to its tunes, makes you feel good when you are stressed out, creates positive mood swings, etc but here I am talking about its effect on various disorders where even pharmaceutical drugs have not able to reach. Over 90% of people use music to escape problems in their lives. Not many people know that music can cure diseases like Dementia, Parkinson’s disease, Depression, Alzheimer’s, Stroke, Aphasia, Schizophrenia, Amnesia, Autism, etc. And also the fact as to how music and its effects can initiate and propagate various brain functions.

TRIPPED OUT FACT: None of the Beatles could read music

Music helps you to travel back into time and recall memories. There is a benevolent connection between music and memories. In the documentary “Alive Inside” by Michael Rossato Bennet, he has explained how music and memories have a unique relation. It is said that music attacks a lot of parts in your brain which eventually helps in opening the gate to one’s own identity, by which they recall who they are and what they have lost through all the years. Through the documentary Alive Inside, Michael has put emphasis on the fact that how old people suffering from Dementia and Alzheimer’s are treated, how they are made dependent on pharmaceutical drugs, how government finds this a game to earn profit through establishing various nursing homes and above all how music worked wonders for these patients.

TRIPPED OUT FACT: Your heartbeat changes and mimics the music you listen to

Henry, a patient in the nursing home for about ten years, suffered from Dementia and experienced frequent seizures, was unresponsive to almost everything as if he was not even alive. But when he was introduced to his favourite music he started swinging and dancing on his wheel-chair as if he was given his life back. Not only did he light up with his eyes wide open, he started singing himself. When asked what music does to him? This is what he said –

“Music gives me the feeling of love and romance, I figure right now that the world needs to come into music and singing.  You have got beautiful music here. I feel a band of love of dreams”

People suffering from Dementia are very confused, anxious and struggle with their own thoughts. Fighting with their inner-self and wrestling to recall their memories. But as soon as they are exposed to music they start connecting the dots. Memories triggered by music cause some of the strongest emotional response and can be very intense. After Henry was made listen to his favourite music not only did he started recalling what kind of music did he listen to and how much he loved music when he was young, he actually mentioned Cab Calloway being one of his favourite artist and sang a song too. Just imagine a person who did not even know how many daughters he has, singing a whole song with the correct lyrics. Music attacked the part of his brain (his soul) which made him touch his innermost emotion and brought him back to life with all the beautiful memories!

TRIPPED OUT FACT: The type of music you listen to affects the way you perceive the world

Music has the power to create a spark in the brain, has the power to affect more parts of the brain than any other stimulus. It makes use the part of the brain that is developed for other purposes like auditory, emotional, visual and the cerebellum parts for co-ordination. But unfortunately despite knowing the fact that music can work wonders, we have been relying on pharmaceutical drugs to cure various diseases which practically have not been so effective yet. People are made dependent on these medicines which have adverse affects on human body. Not only do they harm the body, cases have been registered where taking anti-psychotics and anti-depressants (which are prescribed medicines) have caused thousands of deaths. Dr Bill Thomas who is a Gerontologist said in the documentary:

“In today’s really crazy system, I can sit down and write down a prescription for a 1000$ a month and prescribe them which won’t be a problem, nobody asks a question, but if I want to provide a person with a 40$ worth of music system, that will take a lot of mark because personal music does not count as a medical intervention, the real business is in the pill model. We have not done anything to touch the heart and soul of the patient”

TRIPPED OUT FACT : Music triggers activity in the same brain structure that releases the “pleasure chemical” Dopamine during sex and eating.

It is sad to know how insane the world has turned where people have indulged themselves into earning profits by over-establishing nursing homes and in turn provide dangerous pharmaceutical drugs which are creating adverse affects on us. Given the fact that music has worked wonders for various diseases like the ones mentioned above, I firmly believe it has the capacity to cure a lot of other diseases as well. Maybe music can cure all the diseases. By establishing nursing homes, not only are we taking away the freedom of the aged ones, we are playing with them in terms of their emotions where we are isolating them from their beloved ones, making them feel that they are mentally unstable and disconnecting them with all the virtues of living a peaceful and a happy life with no dependency at all.

TRIPPED OUT FACT: Music helps kids remember basic facts such as the order of letters in the alphabet partly because songs tap into fundamental systems in our brains that are sensitive to melody and beat

Music is all about creating random connections and emitting frequencies and vibrations. Music is a way through which we can connect to people, evoke various types of emotion. It takes our soul to a place where we belong no matter how deep it is within us.  I say it is a drug. A drug which can cure all your disorders inside you!  Music has a vital role in all the phases of life no matter how young or old you are. A baby which is inside a mother’s womb starts responding to music when it is about 16 weeks old. Through ultrasound and other modern technologies health care professionals are able to observe movements caused by music when a child is in his/her mother’s womb. Music helps in developing the nervous system, structurally and functionally of the unborn child. Music also helps in stimulating growth and development of premature infants, improves regulation of oxygen levels, so on and so forth!

TRIPPED OUT FACT: A song that gets stuck in your head is called an ‘EARWORM’

It is really astonishing to know that music can do so many things and more astonishing to know that despite of this fact little is known about this to everyone around. Music is a very strong form of communication which can help express things which we are usually not able to, not even through our actions or language. It has no barrier of language, caste, sex, religion or colour. I firmly believe that music takes you somewhere else, to a higher state of consciousness where you are able to send higher frequencies and vibrations to people around, to connect with nature and its beings. It is a doorway to infinite realisations for the soul inside us. Music is something which comes from within and thus is the purest form of an element! And yes music can help you explore your consciousness.

TRIPPED OUT FACT: You can learn a lot about somebody by listening to a song that means a lot to them

TRIPPED OUT FACT: Music can help endurance by as much as 15%

Previous To life and its simplicity
Next Awake