Music and Mind Control: Is the Music Industry Brainwashing You?

This statement, made decades ago, rings true even prior to its existence and even today. It’s based on a scientific fact. Music has an empowering influence on anybody who comes in contact with it. It can be negative or positive. Music itself cannot be blamed as it’s in human nature to misuse and abuse powerful things in a way that is profitable, convenient and suitable for the abuser. Music is like a knife, you cannot blame the knife for the actions of the one using it. The knife can be used to cut the fruit or to take a life.

The source of today’s trending music is considered as a major concern. Have the musical celebrities that are worshipped by the young and old across the globe, sold their souls to the devil? Or is there a scientific base to what exactly is happening? There’s enough content on the internet about the involvement of celebrities with the Illuminati especially that of music. This article will basically explore the various ways in which music has been used in today’s society to spread elements which you may have never associated the art of music with.

So, what exactly is ‘selling your life on contract’?

As a researcher, I would like to go ahead with the research-based approach towards the topic. The way the celebrities affect the masses will be addressed later in the article for now we’ll try to understand the psychology of the celebrities itself. I am sure most of us are aware of the term alter ego. This ‘another self’ was first revealed when hypnosis was used to separate this alter ego. 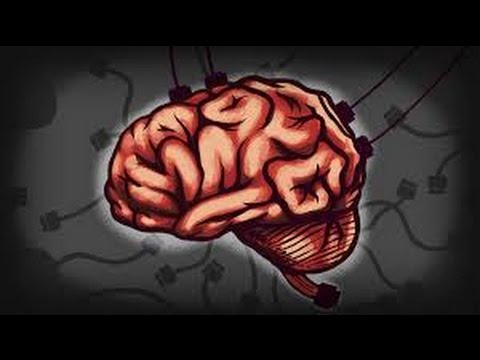 Experiments showed a behaviour pattern that was distinct from the personality of the individual when he was in the waking state compared to when he was under hypnosis. Another character had developed in the altered state of consciousness but in the same body.

With celebrities the creation of an alter ego has become a popular thing, with several prominent figures at the forefront of entertainment currently embracing their so-called 2nd self – Beyonce’s ‘Sasha Fierce,’ Eminem’s ‘Slim Shady,’ Nicki Minaj’s ‘Roman Zolanski’ and Lady Gaga’s ‘Jo Calderon’ are a few examples. It has become so mainstream that even an entire children’s program, Hannah Montana, was dedicated to the storyline of a preteen needing to live two lives to separate her famous and normal self.

Now this is where is gets crazy, according to a talk by Dr. Corydon Hammond, his entire talk based on extensive research on mind control, hypnosis and ritual abuse, he claims, “What they basically do in these programs is they get a child and start programming in basic forms, it appears, by about age two and a half, after the child’s already been made dissociative. They’ll make him dissociative not only through abuse, like sexual abuse, but also things like putting a mousetrap on their fingers and teaching the parents, “You do not go in until the child stops crying. Only then do you go in and remove it.” They start in rudimentary forms at about age two and a half and kick into high gear, it appears, around six or six and a half. They continue through adolescence with periodic reinforcements in adulthood.

“What’s the purpose of it?” My best guess is that they want an army of Manchurian Candidates, tens of thousands of mental robots who will do prostitution, child pornography, smuggle drugs, engage in international arms smuggling, do snuff films, and all sorts of other very lucrative things. These Manchurian Candidates will do the bidding of their masters, so that eventually the megalomaniacs at the top believe they can create a Satanic Order that will rule the world.”

Several artists who now we hear about in media every now and then start off as kids and have had major breakdowns later in life; Miley Cyrus, Britney Spears, Justin Bieber, Lindsay Lohan and Drew Barrymore are just a few examples.

There’s a possible chance that children are targeted and are brainwashed. Later promised fame, luxury and money or forced to give into the pressure and work according to the instructions.

“There was an old guy in Hollywood in the late sixties who talked about the infiltration of Hollywood by the Illuminati. Certainly what some patients have said is that all of this spook stuff, horror stuff, possession and everything else that’s been popularized in the last twenty years in Hollywood is done in order to soften up the public so that when a Satanic world order takes over, everyone will have been desensitized to so many of these things, plus to continually cue lots of people out there.  Now is this true? Well, I can’t definitely tell you that it is. What I can say is I now believe that ritual abuse programming is widespread, is systematic, and is very well organized based on highly esoteric information which is published nowhere. It has not been on any book or talk show. We have found it all around this country and in at least one foreign country.”

Note: This research has been done with the assistance of several therapists and Dr Corydon Hammond is just a representative.

Tripped out fact:  Illuminati’s goals were to oppose superstition, obscurantism, religious influence over public life and abuses of state power. “The order of the day,” they wrote in their general statutes, “is to put an end to the machinations of the purveyors of injustice, to control them without dominating them.”

Based on historical facts this group no longer exists and the current organizations claiming to be Illuminati have taken the name, but do not have any associations with the original sect. Based on my understanding, the Illuminati took satanic symbols to scare the church, due to their constant restriction and gruesome punishments for making any scientific discoveries that were against Bible. The church despises this community till date and has labelled it as satanic.

There’s still a chance of top trending artists involvement in Satanism as their songs (backward masking), hand gestures, and concerts held by them hint at the dark side. It is believed naïve artists sign a contract that binds them to unexpected things promising fame, luxury and money in exchanged of their souls. There’s a conspiracy theory that suggests the musicians are nothing but slaves of the devil and are possessed by demons. They are used to convey messages and brainwash or worse possess the audience. For example: how Marilyn Monroe was the follower of Anton Levey, who was the founder of the church of Satan.

Following are meanings of the signs used by famous celebrities. These are considered to be magical signs. 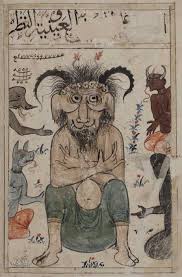 Illustration from Kitab al Bulhan (book of wonders) from the late 14th century is that of a devil making a hand gesture, which is the ‘sign of horns’, which so widely spread throughout mainstream and underground music scenes. 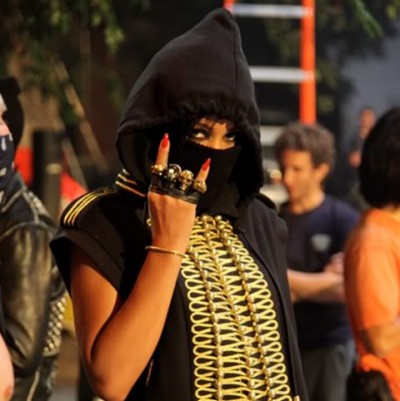 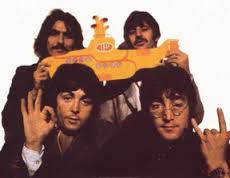 The hand gesture which is used to say ‘okay’ has actually been denoted as being a gesture through which curses are put on people. Same goes for the horn sign above. 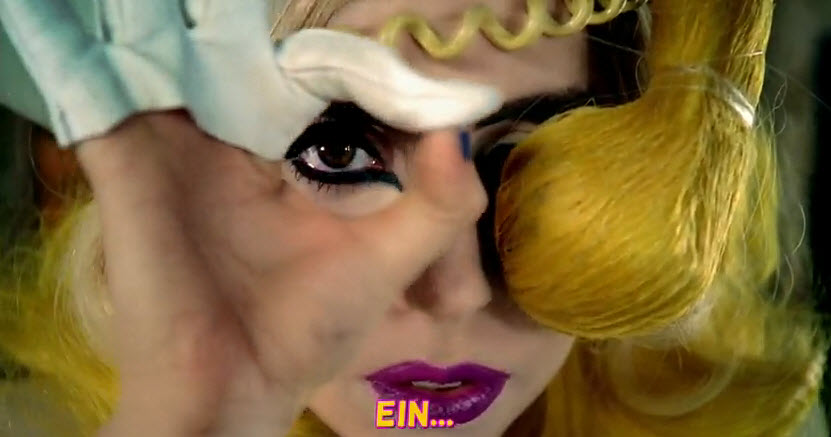 The hidden eye sign, which is famously portrayed by most of the musicians. 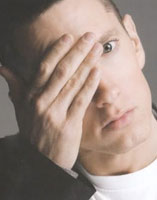 Tripped out fact: Muslims believe this sign to be a major symbol that confirms the arrival of the Anti-Christ, that is Dajjal, who is blind in one eye. It is also affirmation to the complete control of dajjal across the globe before he arrives.

So, at the end it comes to the simple question of how all this is actually affecting us. Are we essentially being swept into baseless conspiracy theories which have labelled simple gang-signs and hand signals as being evidence of Illuminati and mind control programs? Or are we actually in the midst of an uprising of evil, which is using the music industry of today to spread their agenda? Whatever is the basic scenario, there is no doubt when it comes to the fact that we are being programmed on a consistent basis when to music as well as the stereotypes associated with it.

We all aware of the type of lyrics that are widespread in the society nowadays, is a moral threat and has a major impact on society at large.

Plato warned, “Musical innovation is full of danger to the State, for when modes of music change, the laws of the State always change with them.”

Marilyn Manson sang in “Get Your Gunn,” “God**** your righteous hand. I eat innocent meat, the housewife I will beat, the prolife I will kill, what you won’t do I will.”

Violent songs increase in aggressive thoughts and feelings have implications for real world violence, according to lead researcher Craig A. Anderson, Ph.D. “Aggressive thoughts can influence perceptions of ongoing social interactions, colouring them with an aggressive tint. Such aggression-biased interpretations can, in turn, instigate a more aggressive response — verbal or physical — than would have been emitted in a nonbiased state, thus provoking an aggressive escalatory spiral of antisocial exchanges,”

There are several other negative effects of the current music that I have come across on the society. Does this really mean that there is something evil going on against the masses? Or is it just another page of the history where humans are misusing a powerful resource (music) just like they did in the old times? Is it right on the part of the musicians to sign a contract that binds them promising future but a leap into hell; is this even true?

There is a definite plunge in the direction of programming when it comes to the music industry, where mainstream musicians are given everything from money and fame, but are forced to live a life of servitude to the record labels and other such authorities, which may or may not include satanic forces and secret organizations. They are forced to live a facade, a mask, which they are not “supposed” to remove in the eyes of the public at whatever cost. That is what being slave to a contract essentially means.

Music can be used for much better purposes than commercialization or promoting Satanism. We are the consumers as well the victims, are we willing to understand and use the power of music in a way that would benefit the society which is basically us? Are we the ones who are putting ourselves in a spiral of programmed insanity? If yes, can we get ourselves out of it?

Previous The Music of Nature: A Perpetual Performance
Next Are DJs Musicians?: Is Electronic Music Actually “Music”?