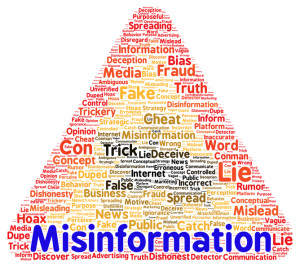 colored profile pictures just because almost every other friend of yours is doing the same.

Under the guise of ‘not-for-profit’, I have personally never seen such a remarkable joke being pulled off. The apparent vision of this initiative is ‘to view Facebook as the internet’ instead of what they promote as the mission ‘to connect the unconnected on the Earth’. Facebook is already earning USD 8.65 per person on their network. Now imagine 1 billion new people joining the network from India. And not only joining, using only Facebook in the name of internet.

“The poor do not need Google, they don’t even need basic necessities, they don’t need to educate themselves or actually learn about the openness of internet at all. All they need is Facebook. And Facebook is so freaking big that India is powerless. India cannot connect people on internet on its own, only Facebook can. Digital India means Facebook India. This is India’s giant leap towards becoming a Facebook nation.”

This is a straight on-your-face denial of equal opportunities on the internet to the poor by seducing them into the dirty business of lies in the name of charity. As if reaching a compromise & as if dictating to the poor that this is all you can get of the internet, rest is all for the first world countries where there are no shoddier services like internet.org required.

It stays to be accepted that however hard we try to oppose this, ultimately what wins is money & dumb political propaganda. A few years down the line, Google would come & pitch something similar. Next to follow would be Amazon, Apple, Microsoft and what have you. Each country would be known virtually by whose service it promotes. India could have better been a self-made country but unfortunately it will be known as a ‘Facebook country’ just like Kenya, Indonesia & many more. After ‘British Raj’, we are just about ready for another era of domination under ‘Facebook Raj’. ‘Facebook Commonwealth’ would be the new thing. Lol. And if you try to understand, what happened to Indian businesses during the ‘British Raj’ is destined to happen again. Britishers came to India and banned or smartly eliminated indigenous goods or services creating a massive market for British giant organizations.

Lastly, India has been taking leaps & bounds in terms of software & internet technologies recently. We really do not need shrewd commercial potholes with hidden motives like internet.org in the name of ‘free basic’ internet.

‘Jaago Bharat Jaago’. Don’t let Mark lure you into his foul-smelling game worth billions of dollars.