Do we really live in the land of Khajuraho & Kamasutra? 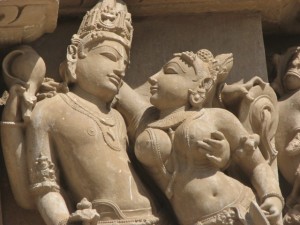 ban in India. But do we actually get to have a voice?

(Pun intended) Don’t talk about it, don’t even watch it. How do you expect Indians to know anything about what Lord Krishna regarded as the supreme art?

(Dysphemism intended) The least among us who are ruling us, do they even have a sense of serving the country or are they just interested in moral policing?

(Tautology intended) What is a bigger issue, pornography or censorship? Is this a democracy or are we going the communist or the monarchist way of China & Saudi Arabia?

(Parable intended) What about my right to freedom of conscience and why do you forcibly want to become my father & preach me your version of morality?

(Irony intended) Why double standards when you boast about the rich culture & heritage of India and why wouldn’t you just demolish Khajuraho & disown Kamasutra once & for all?

(Aporia intended) Shouldn’t you be reprimanded for being really lousy on the ban & for a poor understanding on technical feasibility of the ban? When you haphazardly choose which websites to be banned, don’t you think smart users would easily circumvent your filtering?

(Commiseration intended) As per a report by ‘Reporters without borders’, India was listed as a ‘state enemy of internet’ in 2014 for intrusive surveillance of news providers. Do you know this is a grave violation of freedom of information & human rights?

(Innuendo intended) Why don’t you just openly claim your ulterior motive of conditioning people to think that you can regulate their deepest desires & biological needs?

Previous Niyoga Dharma and the Status of Women
Next How SELFIES can be GOOD for you?