Rise of the Machines

Unless you belong to one of the handful of tribes in the world that live in perfect harmony with nature outside the boundaries of civilization, your existence is undeniably facilitated by technology. We are ushering in an era of robotic pets, shoes that tell you where to go and self-healing glass. The future, as we know it, is one where AI looms large.
The notion of a world ruled by machines is not a new one. We have a spectrum of imagination showing varied degrees of AI dominance, from the works of Asimov, or the cinematic worlds of series such as ‘The Matrix’ or ‘The Terminator’.
A common feature of most of such imaginations is a world where humans have to fear machines. This is because human existence defies the rationale of a machine intellect based purely on logic, and hence machines seek to either terminate humans, or reduce them to a very frugal, functional existence. Is artificial intelligence going to be the nemesis of humanity? Not necessarily.
A program is not inherently good or bad, it just does what it is meant to do. A well-defined set of instructions will bring about desired outcomes and the program will continue doing its job efficiently. Therefore, the personality of the AI of the future will be molded by humans creating it. To draw a comparison, AI will go through a kind of an evolution of its own based on the interactions it has with the environment around it, an environment that is largely defined by humans.
Emulation has been achieved on a relatively unsophisticated level, take for example the robot Nao(amongst other notable technology) that is said to have the emotional intelligence of a one year old baby and can learn by taking cues from its environment and the people it interacts with. However, the idea of a pre-programmed entity reciprocating human features goes against the very concept of a self-aware, conscious, learning and evolving entity.
In order to again remind ourselves of what we are aiming at when we say conscious AI, let’s consider the character of Persephone in the Matrix franchise, a program introduced to us as the wife of the program ‘The Merovingian’. She wants to experience the love that Neo feels for Trinity and is jealous because of her husband’s blatant adultery. It even compels her to act against her husband and leads the heroes to ‘The Keymaker’. That is the level of intricacy and sophistication that AI needs to possess in order to pull off being human.
In our incessant efforts to improve technology, we are teaching machines how to think and act like us. It is on the same road that we will find our salvation- by teaching machines to feel like us. That’s right, we will have to embed the same core values/principles/morals/ethos that make us different from any other species and enabled us to grow in such huge numbers.
The beautiful minds that created the fascinating fictional worlds of advanced artificial intelligence apparently figured out the answer. Let’s look at the evidence:
1. In the movie I-Robot, the world is brought to its knees by a purely logic based AI VIKI, but saved by a robot Sonny, that (who?) was given emotion by his creator (who Sonny refers to as ‘Father’) Dr. Lanning.
2. In the Terminator movies, the human element in the ‘hero’ terminators sets them apart from the ‘villain’ terminators and thus humans continue to survive through their help.
3. In the grim world of the Matrix, the continuance of our species is achieved by forging an alliance with the machines, and the unfeeling Smith meets his doom.
4. The fantastic journey in Interstellar, is made possible by robots like TARS, who have controls for human settings such as humour and sarcasm.
5. In a very different and profound take on the AI infused future, HER depicts how we might even fall in love with programs. 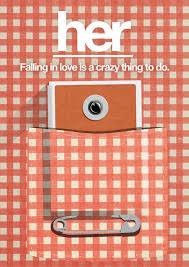 Merely stating that this is the road ahead might not be the most convincing argument, as opponents to the idea of a truly intelligent AI say that the complexities of the undefined, illogical and subjective aspects of the human brain cannot be imparted to machines, it is simply beyond scientific capability.
The keyword here is ‘capable’. What we are capable of achieving scientifically is redefined each day? It is not just a question of programming prowess; it is also defined by how well we understand the mechanisms of our own brain. The journey into ourselves, into the unconscious aspects of brain functioning has begun (officially) since the Freudian era, but adept technical assistance has been available only recently. As we understand ourselves better, we will enhance our capabilities of creating conditions that can be conducive to the ‘awakening’ of AI.
In other words, it is a question of creating the right hardware and software. We will delve deeper into the work being done on furthering our understanding of emotions and on integration of humanoid elements into machines.
For the time being, Jarvis will have to wait.

**This article was recently updated with fresh hyperlinks.

Aspiring artist. MBA. Erstwhile corporate cavalry. Live to eat. Nerd. Suburban Mumbaikar (pseudo Mumbaikar technically). After having been conditioned by society, it's time to be conditioned by the soul...
@MadhurOza
Previous Destroying or Deciphering the Music of the Whales?
Next HEAVEN