Vishakha Khanolkar April 14, 2016 The Birth of the New Age Counter Culture: Back to the Roots Leave a comment 4,368 Views

Share
Thousands of years of graduating civilization stand as an evidence against how far we have reached from our raw beginnings. Everyday technology, online shopping, social networking, faster banking are all stepping towards making life easier than before.
Really?
Yes, we have gone far but in which direction?
Terrestrial tribes, nomads is the dictionary definition of backward. well, what makes us think so? 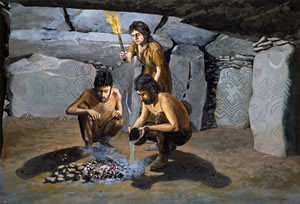 The 1980 movie “The Gods Must Be Crazy”, gives us a reason to ponder.
The movie illustrates the stark contrast between the culture of the Bushmen and modern society through comical interactions between the both. 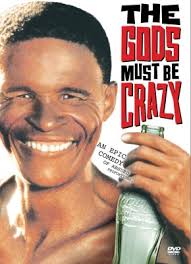 The Bushmen life composes of food, water, home and people. Period. A life with cooperation, understanding and love, it acts as the modern day Utopian dream. The Bushmen seem to have no idea of private property and therefore live in a competition-free, conflict-free society. Emphasis on the word, dream.
It is when the coke bottle arrives that this structure seems to be disrupted. The bottle is first viewed as a magnificent multi-purpose device – to sing, to play, to make food, etc. Later it is realized that the device is one and they are many and come the birth of competition. Suddenly, alien emotions grow within them; of anger, jealousy, hate and violence. The coke bottle represents all our materialistic which we have welcomed with open arms and the dark reality they withheld.
The movie also sheds light upon the various ideas that we have been classically conditioned with such as the fear of strangers. The white people are instantly driven away by the sight of the bushman, registering him as a source of potential danger whereas the bushman simply greets them with a smile and is perplexed when others couldn’t offer the same.
Another amusing fact is the absence of classes among their society. Although, the modern people instantly perceives them as primitive beings, the bushmen frame no such distinction upon the white people. Even animals are treated as equals shown in how after tranquilizing an animal, the bushman waits till it sleeps and then apologizes in its ear explaining that his family needed food to eat.
We live in a world dictated by time, struggle, career and ambitions. There are jobs to done, goals to succeed, things to be bought, people to be pleased and statuses to be maintained. Everything conveys a meaning to us – a ringing alarm clock says we are late, a lay-off says we have failed. A sharp contrast is the life of the bushmen, determined by relationships, peace, god and love for each other. 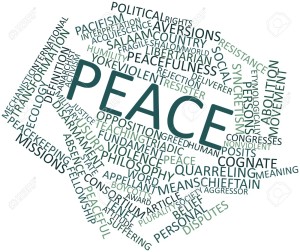 The Bushmen seem to have nothing yet, everything.  They did not have big cars, fancy houses, expensive clothing or a high status but all that we are in a constant chase of – true happiness. We spend our time chasing goals temporarily satisfying, subduing all that could indeed make us remain satisfied.
Thriving in the midst of digitization, industrialization, urbanization, globalization and what not, we are made to believe that all these arrivals are to make life more easier not realizing how complicated our world gets, in the process.
The film depicted how a difference in perception could construct lives so differently .i.e. looking at the world from a different eye, a humble eye. Also, giving us a lot to learn from.

Lastly, I would like to give away one of the divine pearls of sociology – “No culture can be ranked as forward or backward but only be judged by their ability to adapt to their surroundings.”

Previous Science with a dash of Humility: The Counter-Culture for Religion
Next Counter Culture: Freedom of Choice – A Make Belief 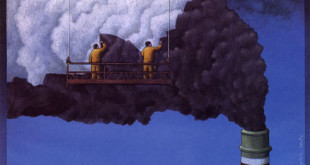 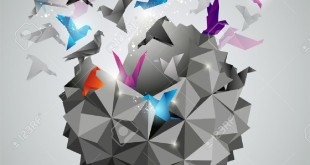