Who wouldn’t want a green monster with serious emotional disorders decimating his opponents? But hey, you can’t pluck him out of Marvel Comics and force him to cause havoc and widespread destruction for you, can you? That’s why Hulk passed on fractions of his might to a select few who went on to show the world a glimpse of what it would feel like to tag-team with him.

I spent the day crawling around war-diaries searching for real life heroes who will give The Avengers a run for their money. After a day that was well spent, here I am rounding up my own fantasy league of real life warriors behind whom I am gonna hide my ass when a real Loki comes down to rule us.

Here are just the five of those incredible warriors:

Meet Colonel John Paul Stapp, a crazy scientist who tested his crazy inventions on himself. Known as the ‘bullet man’, Dr. Stapp initially joined the American Army Air Corps as a (medical) doctor. He decided he was born to save pilots from crashes and so took it upon himself to find out the threshold G (G=force of gravity), beyond which that the pilots’ body rip off during a crash. It is said that a human body could handle 18G of pressure and Stapp personally took it upon him to test it. He actually built a rocket sled and strapped himself onto it and had his team push it through rail tracks. After 74 tests, he pulled through 43Gs, going from about 1020 Km/hour to a stop in a mere 1.4 seconds. Obviously, that is the fastest any human has travelled on a railed vehicle.

So what was his take-away from this attempt? He bled into his eyes, turned blind for 45 minutes, enjoyed multiple fractures and few broken ribs. To the Surprise of surprises, he walked outta the open cockpit by himself after a successful test. Successful? Really? Tony Stark would be shivering down to the bone. And if you still think Stark is the snarkiest of them all, you should know Stapp formulated the ironical paradox ‘The universal aptitude for ineptitude makes any human accomplishment an incredible miracle’. Explains why there are still people who don’t wear the seat-belts in cars that he invented, presumably after a bone shattering experiment. 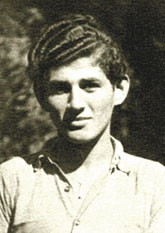 Tibor Rubin, born to a Jewish family in Hungary was still a young boy when his family was forced into a German concentration camp. Most of his relatives died there, but Rubin survived — and was liberated by the U.S. Army. He vowed that he would join that Army, a pledge he kept in 1948 after his family moved to America. He eventually fought for U.S. in the Korean War. His lionhearted efforts to save his ‘fellow’ Americans and his loyalty to the country he adopted would put Thor’s efforts to save earth sound like a selfish act. 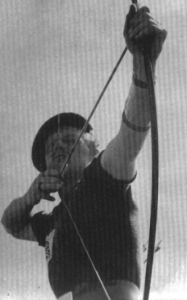 My Mom says, ‘don’t wear your wedding dress to a ball game’ or something on those lines and I have always respected her judgement. Mad Jack Churchill (nicknamed : Fighting Jack Churchill) did not listen to his mom. He dared to carry a bow and arrow, to scream his lungs out and attempting to scare off oncoming machine gun fire. As if creating the only recorded instance of someone using the weapon in either of the World Wars ain’t enough, this real life Hawkeye, in one night he single-handedly captured 42 German soldiers and demolished a group of enemies that were firing projectiles, using only a sword. With only an opposing patrolling guard as a human shield, he sneaked up on the guards. All he needed to do after that was give them a sighting of his sword to get them to surrender. 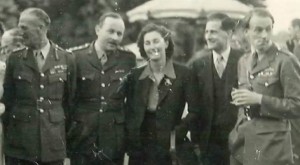 If only Vasper Lynd existed in real life, she would be right up here as the Black Widow of our team. But Eva Green in Casino Royale was the closest we could get. Kyrstyna, the Polish spy who set the tone for the character in the latest instalment of Casino Royale is an able substitute. She got an Olympic skier to accompany her from Hungary to Poland across Tatra Mountains in completely safe and human temperatures that touched -30°C, to get in touch with other resistance group and agents. If that wasn’t enough she sneaked airmen that were willing to support the freedom struggle from Poland into Yugoslavia. Not chocolates and liquor from airport duty-free shops, walking, talking, flight piloting men. Natasha Romanova, inferiority complex yet? 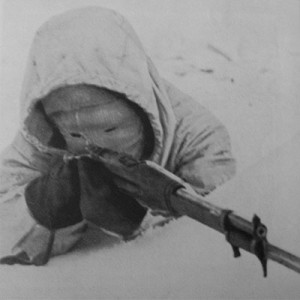 Hayaha Simo was the gentlemanly equivalent of Robert Bruce Banner, until the Soviet Army marched into Finland. That was the trigger for his transformation into White Death. Legend has it that he could crush tree barks into dust with just his bare hands. All that those hands needed was a Mosin-Nagant M28/30 (ironically, made in Russia) and an all-white camouflage to walk straight into the Hall of Fame for the hard asses. He is credited with 542 kills with that bolt action and iron sight fitted rifle and around 200 with Suomi 9mm sub machine gun. In about a 100 days of Winter War, this guy has taken out over 700 targets. That is definitely way more than RoboCop and Terminator did in all their movies put together. What is even more incredible and Hulkish was that he got shot once on his jaw and survived it to live till he was 97. Can I call him my White Hulk, please?

Now, with this army, I can, at last get on with my day dreaming without a worry in the world – oh for that matter, in the universe.

Loki: I have an army
Tony: We have a Hulk
Me: Can I have a large popcorn and Red-bull?

Gayathri, or Elgee as she insists being called, vividly remembers crying over her honest 'review' of her first story, a spin off of Pride and Prejudice that she wrote at 8, which made her choose to continue it - the reviewing honestly part and not the writing. You can find her few of her reviews at her blog Musings Over Nothing where she rants about nothing and everything else, since 2010. She can be found worrying about the like counts on her Facebook posts or the pathetic number of her Twitter followers, when she is not reading something or not scouting for her next book to read on Goodreads.
@Musingsovrnthin
Previous The Story of Explosive Rats
Next Wars of 20th Century: The Human Trophies