The Enchanted Book: Future of Reading

Mariyam Saigal April 5, 2016 Technological Musings of the Artist: The Internet of Things Leave a comment 1,926 Views

In the central library at Cubbon Park, on a warm evening, an angry young man, Kishlay, with an absent mind, gazes over the shelves trying to find the appropriate book to read. He stops at the old section of the library; the place with a scent like earth after rain. His eyes land on a book with no title, as if it represented his own self, in hopes of finally finding a book that would interest him he takes the book out from the suffocated shelf, and flips its pages to find nothing interesting, just another fairy tale, another lie.

Angrily he throws it half way across the place, making the book fly and land in front of the window, the sunlight embraces the book. Kishlay pays no heed and gets seated on the floor, trying to stay calm; he had to create an innovative device for his science project.

‘Screw engineering,’ he mumbled under his breath.

The sun sets and a distant noise, like that of a creaking door, hits his ears and interrupts his thoughts. He ignores it but the noise keeps disturbing him so he follows it and realizes it’s coming from the book, he had disregarded.

A voice of an old man, rough, ghost like erupts from the book, “AH who dared to wake me up from my peaceful sleep?” The book pauses and asks, “Oh, oh who is that? You there…”

Kishlay blinks, frowns and thinks he had not only started hallucinating but also started hearing things, due to lack of sleep.

“Are you scared of me? Can’t believe a book can speak? Bwahahaahhahahahaha.” The library echoes with its laughter.

“I am an enchanted book! A haunted book. Created by the dark wizard with black magic. Fear! Run for your life!”

Kishlay wonders if anybody else could hear this, he is in the deepest section of the library. Is he going mad?

“Why aren’t you running for your life? Do you want me to unleash my wrath?”

An instinctive reaction could be fight or flight response. However Kishlay didn’t want to run away without carrying the proof of what happened just now, so he slids his hand in the pocket and takes out his phone, immediately starts recording and slids it back in.

“You think I don’t know what you just did?” The book mocks.

The darkness envelops the library and the book opens with its glowing pages on display.

“Has cat caught your tongue? Fear and run!”

“I am not scared of you.” Kishlay lies and pretends to be brave while his thoughts turn upside down.

“You better be young man, you know not what I can do,”

“OH then come here and pick me up if you are brave enough!”

Kishlay’s cowardliness is overpowered by his anger, what can a book possibly do? It wasn’t normal for this to happen but what he does is even more abnormal.  He heads over to the book and picks it up. He flips through the empty glowing pages.

“AH Kishlay Saigal,” the words simultaneously appear on the pages as the book speaks. The words like a dolphin float on the pages and jump out in the air and dive back in the book, disappearing.

Kishlay drops the book, but the book doesn’t fall, it floats in the air, laughing.

“This is real just like the adoption papers you found in the attic this morning.”

“I know where you live, I know who you are, I know everything there is to know.”

Kishlay with no clue what to do panics, “Stop! Shut up. You are not real. All this is happening in my head.”

The book falls on the ground with a thud. That was unexpected. Panic blinds him and he runs out of the library, ignoring the librarian cursing at him.

‘Shit,’ He realizes as he steps outside, he has forgotten his bag with important documents inside. He rushes back carefully tracing his steps. He finds his bag the way he had left it and the book to be nowhere.

His gut guides him home with the event replaying in his head. Failing to realize his bag was slightly heavier with the book. The book he is running from is now inside.

The night passes with Kishlay turning in his bed unable to sleep, eventually his brain gives up. Next morning he wakes up with the event fresh on his mind. The first thing he does as he wakes up is searching his phone because he strongly believes this experience is real.

“You won’t find anything.” The familiar voice echoed in his room.

His thoughts scream, ‘Not again,’

The book again floating in the air, near the window, making it seem like it is absorbing the sunlight coming from the sun.

Flying towards him, it settles on his lap. He cringes, and he is about shove the book off his lap, the book starts speaking,

“I will answer all your questions, written or spoken, for writing just take a pen, ink pen to be specific and write the question anywhere on me. I will show you anything you want, tell you everything you want to know but that is limited to the past and present. I grant you 3 questions.”

He pauses and tries to act calm, “Sounds like Google. Oh yeah show me how was the Burj Khalifa built?” Kishlay challenges the book, assuming, ‘My hallucinations will be limited to what I know and I know nothing about Burj Khalifa.’

“I existed even before Google. And Burj Khalifa? Easy.” The book opens, the pages glow again, and they display flowing water and the entire structure of Burj Khalifa building up, coming out of the pages almost. 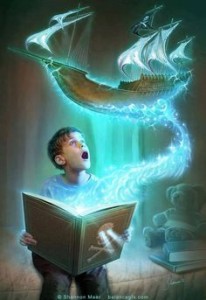 Kishlay with a stuttering voice asks, “What are you? How do you know so much? Tell me everything I need to know.”

“I am just like any other book, invented during the war of independence, but my master made me special. I know everything because I connected to your internet connection—“

“But internet didn’t exist during those times. So how can you connect?”

“You think? My master was called a dark wizard but in the language of this world he could have been called a scientist, an engineer. He was way ahead of times; most of the things you have now were created by him. He kept his inventions a secret as they were considered witchcraft during his times. He instilled me with software that could sync everything from the internet, once people invented it. He invented whatever he could with resources he had. All his works were stolen, distributed, burnt after he was killed and I was abandoned.

Daytime my pages were locked, you could only read the story my master wrote. Night is when I start working, I only communicated with you in the night but you unlocked me. My battery died; but finally I was exposed to sun because of you. I am eco-friendly as you people call it so I worked again. Earlier people did expose me to the sun but they got scared of me thinking I am haunted when I spoke to them those lines. During those times people always trespassed his boundaries so he made me in such a way that only the person who responds to me can talk to me and I can be unlocked with DNA test. I cannot see you, I can only sense you. I can display any information, save everything you want; I can open any page of the book, over here on me. I have all the notes of my master, as he says, I was his best invention, his best friend. He has shared everything with me. I have a memory that is in terabytes,” 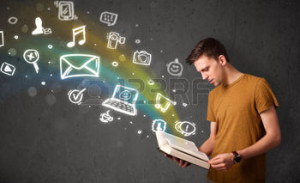 Kishlay processing all the information thrown at him, paused at the question that could change his life, “How did my DNA work?”

“I scanned your finger print and due to the synced data I was able to know who you were.”

“Why me? People must have touched you before.”

“You are the descendent of my master. That unlocked me, when you commanded me to stop I had to stop, but my commands specifically tell me to follow the master everywhere. I was with him even in his grave, his existence diminished as the earth ate him up. But I couldn’t be tarnished, burnt, drowned, torn apart.”

Kishlay stands up, the book following him, he sighs a defeated sigh.

“I can explain each and every feature of mine in detail and how it works, logically, so you can be assured, you are not dreaming.”

“After a short break, this is just too much information all at once,” he says planning to show this to his mother.

“I can wait, I won’t go away. And if you bring someone with you, I will stop functioning. If you record that file will be deleted.”

And after listening to the book for hours Kishlay understands what he has do. This is his science project. This is his purpose; it’ll revolutionize the concept of book. Yes the tablet, smartphone, kindle, laptop, and what not has been invented, but this book has it all and is capable of more.

Previous Mirror Mirror, On the wall; make me a reality that won’t fall!
Next Through the Wooded Wonder: A Symbiotic Take on Nature and Technology 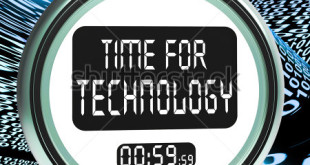 Technology: What a Wonder! 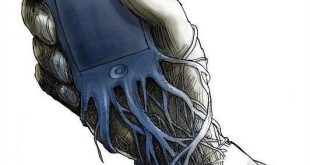 The Internet of Things: Where Do We Draw The Line? 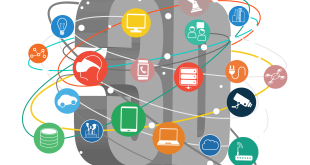 Internet of Hearts? What does big data suggest about the future of IoT!