When we were kids, we had no idea about scholarships. We blame the government for not providing enough scholarships, but have we realised that the number of scholarships is huge! The problem arises from the fact that more than often we have no idea about them. Most of the deserving kids never get scholarships especially in the rural background. The culprit here is a lapse or a gap in communication.

Mr. Ashutosh Burnwal realised this gap while he was still an MBA student at IMT Ghaziabad. Without wasting much time, he initiated Buddy4Study.com in the year 2011. Buddy4Study is a for-profit social venture working in the domain of scholarships in India.  It is India’s largest scholarship information and services provider, where scholarships for students of all ages, class, gender, religion and so on are listed.  It acts as a bridge between scholarship providers and scholarship seekers. 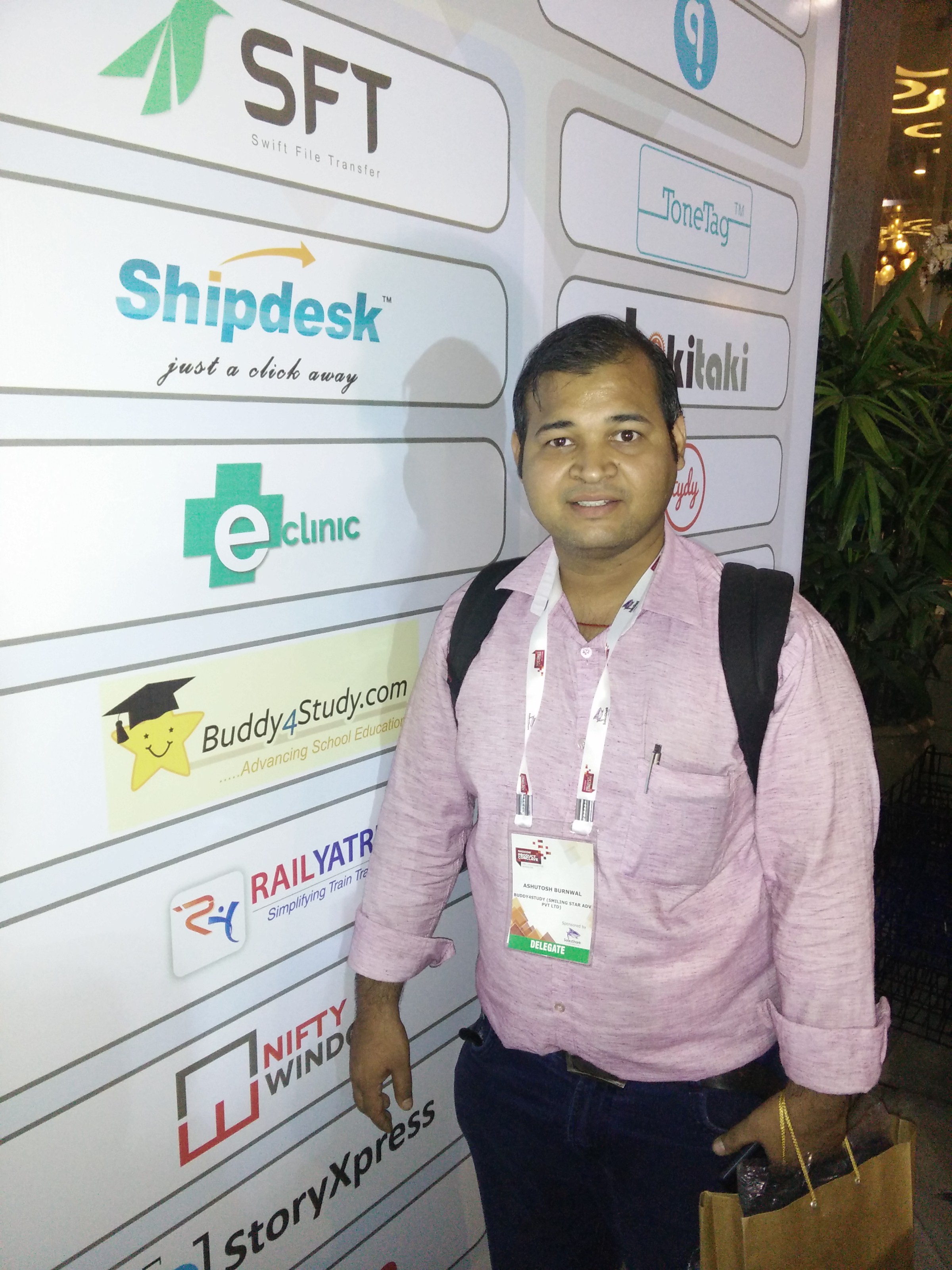 Today, within 4 years of its inception, Buddy4Study has become a hub for finding different scholarships. The platform was also vigilant in finding nd singling out many problems pertaining to both students and scholarship providers. Students are not aware of scholarships, the language barrier and the lack of internet access in many areas being the major harbinger of this communication gap . Students have been rejected due to improper form filling as well.

The side issues related to scholarship providers include limited manpower, lack of technology access and a lapse in expertise required to implement schemes. Inefficient promotions and advertising efforts are also preventing scholarships to reach students.

Mr. Burnwal explained that they work in two areas:

The idea of Buddy4Study didn’t come to Ashutosh during his studies, rather it had germinated in his mind much before that. Ashutosh came from a lower middle-class family. He was one of the 4 brothers with a small family Kirana store. Due to money constraints, he was the only one who was privileged enough to afford to take private education, while his brothers gave up their share of schooling for him in lieu of his keenness for learning. After the death of their father, his brothers gave up education just to support the family. Brought up in such a family, Ashutosh always felt a desire to put an end to all the dropouts among Indian students, arising due to reasons such as poverty, money constraints, economic and financial issues. Thus, Ashutosh decided to do something for talented youth of this country in order to help them deal with these financial issues. The idea of Buddy4Study was already in shape since then.

Ashutosh was a Marine Engineer who did his MBA after 3 years of work experience. Since then, instead of joining any MNC and striving to improve his family’s financial conditions; he decided to work for lacs of students with similar backgrounds as himself. The passion for Buddy4Study came naturally to this astute entrepreneur. The eagerness to see millions of students getting their rightful path is what drives him forward. 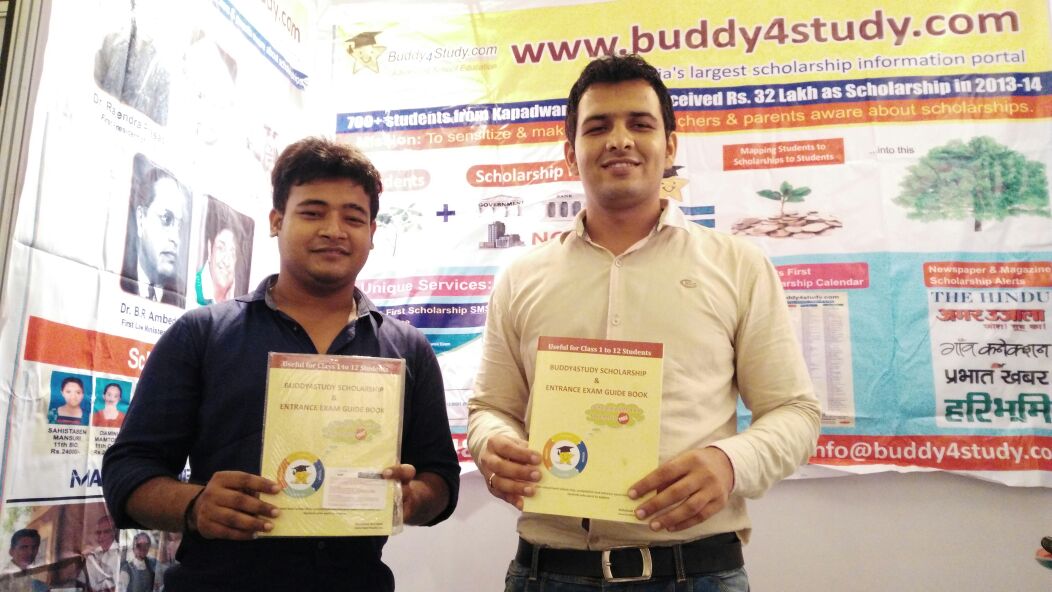 Buddy4Study aims to reach school students because they constitute some of most unaware communities of students, who are usually not benefitted with internet access or a strong and aware personal network. Buddy4Study has built both technology & media networks to solve scholarship challenges across the world. Its media partners- including The Hindu, Prabhat Khabar, and Haribhumi -are printing 75 lakh scholarship alerts every month.

Some of the USPs of Buddy4Study are:

Till now Buddy4Study has helped 800+ students to get 1.75 crore worth of scholarships in last 2 years time. 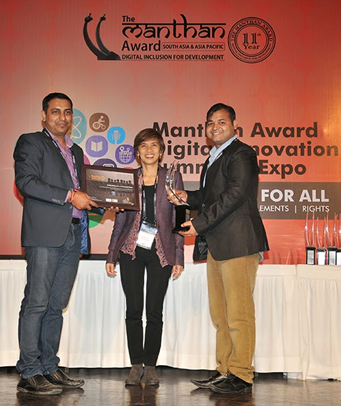 The idea of Buddy4Study has been appreciated all over. In last few years it has won many accolades including, most Innovative Top 50 Emerging IT Product Companies of 2015 by NASSCOM, South Asia Pacific Manthan Award 2014: Education category Winner by DEF, Top 100 Social Enterprises in 2015 by Action for India Forum, Top 10 Social Entrepreneurs of India: 2015: SVC, eUttara – The Manthan Award for Uttar Pradesh: Finalist and Dell Social Innovation Challenge-2013: Semi-finalist by Dell Foundation

Investment has been a personal challenge for Ashutosh, but it has not stopped him from moving ahead. Till now he has used his savings that he had accumulated from his last job. His friends and family have also supported him throughout his venture. He is now looking for funding from outside sources as he thinks he has waited too long for external funding and does not want it to be just a distant dream. He believes that in a matter of 5 years around 1 lac students would be getting direct benefits from Buddy4Study.

Going ahead Mantra: There are 22 crore Indian students who are talented and meritorious. Most of them are looking forward to right mentoring and financial support. We need to have a support system. I am trying to be that support system.

For those who missed the link above, click here www.buddy4study.com