Does free will exist?

What is freedom? Is there any way we can know what true freedom, beyond the bounds of judgments and perceptions is?

While asking questions such as these, we need to understand the aspect of whom the question relates to? Does free will exist? Well, whose free will? When it comes to will, my understanding is that it is the most powerful sublimation of energy – will. Will is not a tangible thing, perhaps that is the only reason that today’s humans do not see the importance of these intangible energy variations like will, compassion, hatred, jealousy, fear, fearlessness, courage, etc. We have become precariously dependent on the external; there is no one to blame because that is how one gets accustomed to the world: through his five senses. But have we ever asked ourselves where does this knowledge, accumulated by the five senses, go to? Does it personify? If yes, how? Considering the trifling amount of humans that do think about this, it wouldn’t be wrong to say that we don’t think of such matters. It is sad that we ignore the roots of our formation and indulge only on the surface which is nothing but mere ripples of what is underneath.

We have never known the world without the five senses, but it is these  very five senses that give form to the sixth sense. Even though we experience the sixth sense every other minute many of us might be frowning and wondering, ‘Sixth sense?’ I am speaking of the mind. The most apparent way to know of the sixth sense is to consider what happens when we sleep or when we are sitting idle lost in our thoughts. Say you had a nightmare that you are in a jungle and a beast of a tiger pounces on you and pins you down. Chances are you might wake up with the shock. But all the time you were in the bed, all your five senses were shut down; nevertheless you experienced the encounter with the tiger as a reality. Where did you get the information from that this encounter was a dangerous situation? What made the decision that this particular encounter was something to be ‘afraid of’? If you observe infants you will see that they are not scared of the situations that we might think of to be scary. A child has five senses, the grown-ups have five senses; so where is the difference? This very brief explanation was just to shed some light on how the mind is our creator; our fears, our aspirations, our actions, our reactions, from brushing one’s teeth to, well brushing it again the next morning, everything is controlled by the mind.

Coming back to the question, does free will exist? In order to answer this question we need to ask ourselves are we free from the bondages of mind? Do we have the ‘free will’ to be calm and composed when we are slapped in the face or abused or mistreated? I am sure the answer is no. Considering the society’s definition of freedom, one might be as free as he can in today’s world; there’s no prison holding us down, no one is forcing us to live a particular lifestyle. But yet how miserable we are! You can lock a Buddhist monk in a cell behind the bars and he would experience freedom we have no inkling of. To be more practical: the monks don’t own materials, they don’t have food choices, they are the most disciplined human beings: waking up at 3 AM and following a well-planned schedule. That is just because their priority is to understand the way of the mind. They know how the sixth sense reacts to the information fed in by the external five senses. They have been to the narrowest allies of the mind. They are calm and composed; they exude peace. Of course one doesn’t have to be a monk to enjoy a carefree blissful life; that would be an extremity for the modern man. Such a step needs tremendous inspiration; tremendous WILL. Mediation is the only answer to freedom. Slowly, one by one, each link of the chain holding us dissolves. Free will exists only to the awakened ones. Free will is preceded by Freedom. They do not argue about their free will because they KNOW they are free. Please read below to understand how Vipassana helps in achieving this freedom.

To know about true freedom, you have to observe the practice of Vipassana, which was talked about in the previous question. If you have not gone through the first question, click here to understand the subtle art of Vipassana. 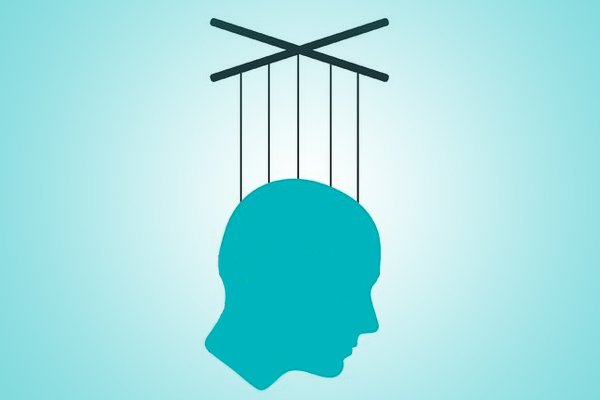 It is through breath, the bridge from conscious to sub/unconscious, that a subtle realm of sub/unconscious unveils. the realm of sensations. Pleasant, unpleasant and neutral sensation. One moves one’s attention through different parts of the body and observes that he has begun to experience sensations. This is the science of understanding one’s own biases and prejudice. On experiencing pleasant sensations, one sees how the mind rejoices in happiness, and on experiencing unpleasant sensations one sees how the mind wants to push them away. Of course, it doesn’t become evidently clear at first because one begins to understand his biases and prejudice with a biased mind! Through these experiences one trains his mind to remain balanced; to not indulge in happiness or aversion. With Anapana, one learns to observe the mind, with Vipassana one learns to not react to the mind. Practicing Vipassana for ten days, ten hours a day, not reacting to the mind, one becomes so still and blissful that the anger, hatred, ill will, animosity, fear or any such negative defilement that arises during meditation are liked to gigantic waves in a still ocean. While before one reacted to these defilements out of ignorance, creating miseries for oneself; now ones stays equanimous and stops feeding the negativities. One dissects his fears and aspirations. One sees for oneself how one is the master of one’s own happiness. It becomes clear how one is bound by the fetters of the habit pattern of one’s own mind.

Initially when an unpleasant memory of the past arises one might be aware that it has arisen, but due to years of habit pattern the mind begins to justify one’s past actions according to one’s perception of right and wrong, and within seconds the mind gets lost. Suddenly when the awareness returns one becomes aware of this particular habit pattern of the mind: justification. The more you know it becomes clear that one knows very little, perhaps that is why righteous saints are so humble. They know that they know nothing.

Of course, this is only a very brief introduction to the way of the mind. Words are very shallow, but language is the only way to get across one’s experiences, though very obscurely, to others. Meditation provides one with unprecedented bliss, unprecedented clarity, unprecedented compassion and above all unprecedented freedom.

Here’s what Buddhist Monks think about complete freedom from mind

Previous What is the easiest way to know if we are conscious in everyday reality?
Next How big a role do dreams play in our lives?