Revisiting History: Do we fear our past or do we learn from it?

I want you to take a moment out of your everyday life and busy schedule and look at yourself in the mirror. I want you to look at yourself intensely and without bias. I want you to see what you are beneath all the layers of self-judgments, perceptions, titles, name and identity that you have given to yourself as well as those which have been allotted to you by society. My friend, you are the product of several thousands of years of evolutionary mechanism as well as the intense expansion of consciousness from the times when the first bacteria roamed the primordial soup that was once our Earth’s surface. So stop identifying yourself and look at the person you see in the mirror as one who represents the final product of all these years of intense and gruelling selection by nature as well as by our very breed of violent selection and programming which our predecessors indulged in.

As Carl Sagan famously says while walking us through the cosmic calendar as we trace the origins of life back to the explosive beginnings of planet Earth, “We humans appear on the cosmic calendar so recently that our recorded history occupies only the last few seconds of the last minute of December 31st”. What we can derive from this is that our entire human history, the one which we think has been a long drawn out sequence of events which signal our descent into depravity owing to the large number of wars and violent acts that have been committed, is actually a very small part of what we are made up of. There are events which stem from before the evolution of humans which have impacted us in a very intense manner, even though these may be of a subconscious nature. What I am trying to say is that human history as a whole, along with the entire cycle of evolution, has affected us in a very powerful way and have inherently shaped the very way in which we live today. 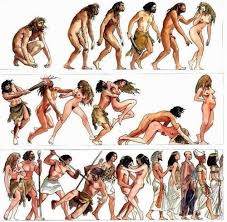 What we need to understand is that human history, just like the intricate process of evolution, is a way for us to understand ourselves better and to realize the inherent potential that we as a species possess. This also inherently means that instead of dismissing history as an episode of traumatic events, we need to learn from history and use this knowledge in order to understand how far we have come as well as how far we can go from here.

As Terence McKenna points out, history has been a process of metamorphosis for us. In other words, the entire process of metamorphosis can also be understood from evolution itself. Take, for example, the metamorphosis of a caterpillar to a butterfly, and compare it to the entire process of human evolution as a whole. We see striking similarities as both the processes have been a conscious effort towards the advancement of the species in question. For instance, the caterpillar transforms into an organism which is much more advanced than itself but first it forms a cocoon where it almost completely disintegrates and is reformed or “reborn” again. If we consider human history and all the ups and downs, we start to see a pattern here as well. All the acts of violence and despair were, in fact, events which inherently led to the disintegration of some primitive patterns of us humans while the acts of creation and innovation were essentially ones which contributed to the betterment of our civilization and added a piece to the ever-growing puzzle that is existence and advancement.

Let us use this week to revisit some of the lesser known events in the history of mankind as well as some of the intense moments in the cycle of evolution itself which have deeply affected us. These events are those which have been so monumental for our metamorphosis that the waves of consequences from these events are felt even today. by going back to these events and looking at them from a new perspective, one which is unbiased and unprejudiced, we can understand that in the grand scheme of things, everything is on track. What matters is how we use the learning and knowledge that these events provide us with to shape the future of our race. 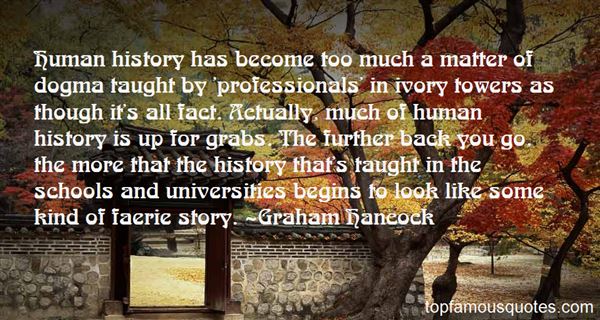 The birth of language: An Exploration of the Stoned-Ape Theory
The extinction of dinosaurs and the age of mammals: what can we learn from this mass extinction
The Renaissance and what it taught us about understanding art and using it as a form of expression
The earliest beginnings of writing in Mesopotamia and Sumeria: how it changed us forever
The Gutenberg press and the scrolls of Papyrus: how oral traditions of passing information were replaced by written texts and how this has affected communication ever since
The origin of mathematics by prehistoric ancestors and the evolution of the same: early men noted the seasons and the rhythm of life through notches on bones
The birth of technology, which can be traced to ancient ancestors sharpening a stone and using it as a tool: understanding the cause and effect of the same through the ages
The birth of Serendipity: how major inventions like that of Penicillin, the transistor radio, Velcro, X-rays and dynamite proved that randomness can be beneficial for major life-changing discoveries/inventions 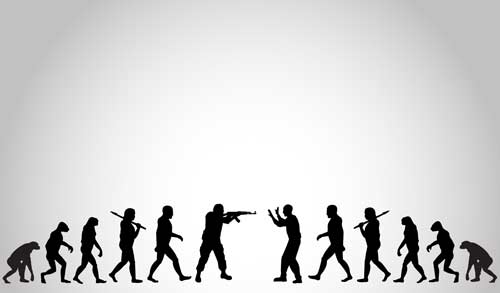 So join us for a trip which will leave you high and dry on the paved road towards retribution. It will also leave you with a choice, do you have what it takes to go beyond what evolution has given us, or are you going to get yourself drowned in the filth of human history and succumb to the forces which want you to do so?

Every time a culture gets into trouble it casts itself back into the past looking for the last sane moment it ever knew. And the last sane moment we ever knew was on the plains of Africa 15,000 years ago rocked in the cradle of the Great Horned Mushroom Goddess before history, before standing armies, before slavery and property, before warfare and phonetic alphabets and monotheism, before, before, before. – Terence McKenna

Previous The Currency of the Future: How BitCoin could change the world!
Next Loss of Cultural Knowledge #1: Did an Atomic War destroy Mohenjo-daro? 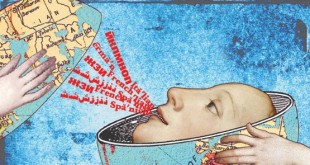 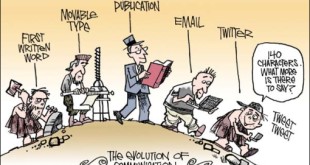 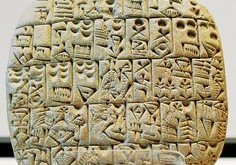