The Red Rain of Kerala: Freak Weather or Alien Invasion

Imagine walking outside in the beautiful wilderness of Kerala, amidst the large caverns of green trees that surround you as you walk down a hill into the fields below. Suddenly, a drop hits you on your right cheek A very familiar thought comes into your head, “Ah, the rains have started again!” But, as soon as the second drop hits your hand, your thought process goes awry and strays off into some of the dark and gory corners of your mind. this is because the drop on your hand, unlike the normal bouts of rain in Kerala, is blood red in colour. As you look up into the sky searching for the source of this drop of blood-red liquid, you are blinded by torrents of crimson rain as they wash over the whole landscape around you, leaving a rather macabre sight to behold. This is exactly what happened on July 25, 2001, in parts of Kerala, where the residents were observers to such a mysterious and off-setting phenomenon of nature. This was one of those days when nature was in a playful mood and decided to mess around with the feeble minds of man. 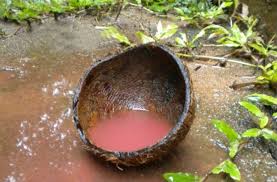 There were a lot of mysterious phenomena which were reported prior to the “bloody” downpour, including aspects such as the incidence of a bright flash in the sky and large boom before the red rain started. According to witnesses, it was said that the sound was similar to a sonic boom. This was observed in regions such as Kottayam and Idukki, where the rain fell in sheets of crimson torrents. Another incident that was observed was that the trees shed burnt and shrunken leaves for a while after the sonic boom was heard.

There were several theories which were attributed to the phenomenon as a whole. One of the most popular ones included the belief that the red particles in the rain originated from a comet which exploded in the Stratosphere above the region, due to the which the debris from the explosion came down in the form of precipitation. On the other hand, this theory was met with quite a lot of counter-arguments, especially owing to the fact that the red rain was highly localized to regions in Kerala even though wind patterns should have carried the debris to other regions as well. 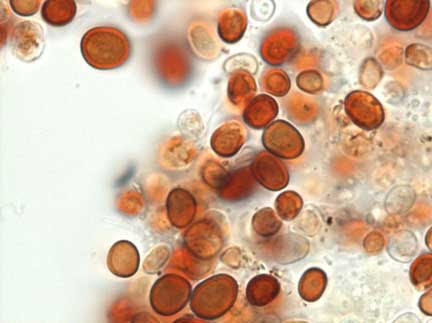 Another theory which was attributed to the phenomenon was the fact that the red particles in the rain were actually algal spores. This was actually a result of the tests that numerous scientists conducted with the rain water. They found single-celled spores in large concentrations in the rain water. However, they could not successfully classify them into any known category of living organisms as it was not something that they had seen before. This aspect further gave rise to the extraterrestrial hypothesis, which said that the micro-organisms were actually from outer space and had actually been brought to Earth by a comet. This theory was actually approved by quite a few scientists, who classified it as an occurrence of Pangenesis, where spores are carried millions of years in space and finally find their way to Earth from other cosmic sources.

The extraterrestrial theory also met with loads of criticisms, essentially due to the fact that the comet theory was still considered as redundant. Moreover, the tests used to understand the microorganisms were never verified by the scientists, due to which the evidence did not prove to be sufficient enough to substantiate the theory. This was followed by a few more seemingly apparent theories which were all opposed due to lack of evidence, such as the theory that the particles were actually the result of a volcanic eruption in the Philippines that had occurred at a similar time frame or the theory that the particles were essentially dust which was carried off by winds from the Arabian desert. 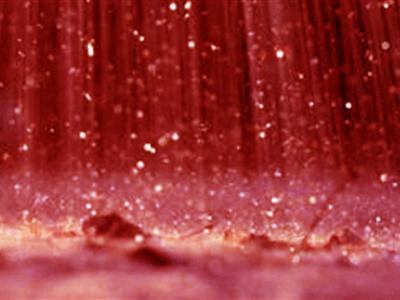 To this date, the mystery remains unsolved while the intricacies of the same grow deeper and darker. There are several questions which remain unanswered, such as what the sonic boom was and how it contributed to the red rain? What were these seemingly new micro-organisms in the raindrops and where did they come from? Is this actually a proof of Pangenesis and the theory that life on Earth essentially originated from extraterrestrial sources?

The phenomenon occurred again in the year 2012 and is still being studied to this date. Maybe, it is the time that science considered stepping out of its comfort zone and actually start taking some seemingly outrageous theories and evidence into consideration. Maybe, to answer this theory, science will have to go through some serious unwiring and rewiring in order to explore some of the more obscure aspects that may be plausible in everyday life on Earth. This does not mean that science essentially agrees to the fact that these micro-organisms were of extraterrestrial origin. At the same time, this points to the fact that science has to admit that it is not yet “mature” enough to consider solving these mysteries with the barrage of scientific laws and beliefs that have been accumulated till now.

Previous The mystery of the ‘Yeti’: A monster humanoid in the Himalayas
Next Unsolved Puzzles in Peruvian Sand that have survived for 2000 years: Nazca Lines