The last time I completed a book within a day, I was sixteen – then life found me and my reading time was considerably shorter. But the return of Harry Potter series in the form of Harry Potter and the Cursed Child required me to shut everything out and read. 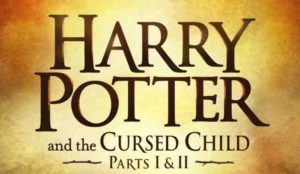 I started reading as my wall clock showed 6:47 PM and finished by 10:12 PM, dinner was forgotten.

The most enjoyable time I have had in a while, it was glorious to get back into the magical world of England – with time travel.

So, after fangirling enough, I think I should get on with the promised review. 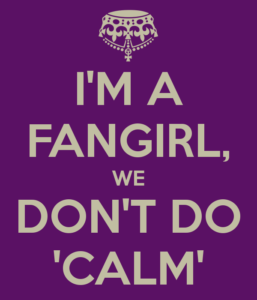 I will try to keep the spoilers to the minimum. 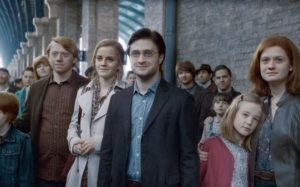 I liked the concept of time travel, as a Doctor Who fan, you just cannot dislike time travel. But my adolescence years were filled with many Harry Potter fanfictions, and I have to say that there are other stories that I enjoyed more than The Cursed Child.

So, I think if you haven’t delved deeper into the Fanfiction realm, you will enjoy the script book a lot.

The central core plot is Scorpius Malfoy and Albus Severus Potter are best friends and outcasts with family problems and get their hands on a time-turner and voila want to change the past. Not a good idea, I am telling you.

I will not delve on the alternate realities they create, because, that would be spoilers! But I think you should read and then we can discuss the details.

Love triumphs over evil and death. That is the key. Even though they story line might seem okay-okay the essence of Harry Potter series, that is life lessons portrayed in the most subtle manner is not at a loss.

While the series focused on the greatness of love, the Cursed Child explains that sometimes, love can be blinding. Especially, the love of parents. 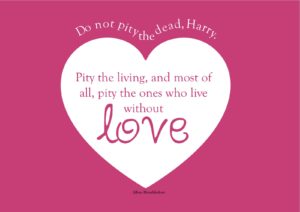 Harry Potter had no father figure, while, Draco Malfoy had a terrible father figure in the form of Lucius. So, it is acceptable that both of these people are at a loss with fatherhood. Harry is trying hard to make peace with his adolescent youngest son wants to understand him and his angst. Draco, on the other hand, lost his wife and loves his son, his only family more than anything – thus, the desire to save him from all the problems that might come in his way.

Harry and Draco, struggling with raising their kids. Boy, did they grow up fast!

Anyways, the love both of them have for their sons blinds them, complicating the lives of children. Minus the magic, this situation is realistic and often seen in families.

I like the depth of characters given to Albus, Scorpius, Harry and Draco even with this being a script is glorious.

Initially, Albus seems to be trying hard to be “Harry Potter’s son” but after being sorted into Slytherin and being reminded how unlike he is father constantly by the Wizarding World, he decides to do entirely the opposite and not acknowledge that his father.

Teenagers, I tell you. 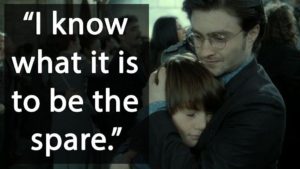 I am also reminded how cruel the Wizarding World can be because the moment before Albus gets sorted, everyone was discussing how much he looks and acts like his father and soon after sorting, the wave decides he is unlike his father.

Albus is not just an angsty teen. He is bullied and has no friends, save for Scorpius and trying hard to step out of the shadow of his father. He seems torn between proving he is Harry Potter’s son and hating his father because somewhere he blames his father for the expectations on him and the bullying.

Had he not been Harry Potter’s son, being in Slytherin wouldn’t have been a big deal.

Rumour has it that Scorpius Malfoy is the son of Voldemort.

It’s all a hoax, of course, Scorpius has a nose as Rose Weasley points out.

Scorpius has to deal with the rumors and his mother’s illness, and eventually her death. He hates the fact that he constantly needs to prove his lineage. But he is strong and smart. I could not help but mentally pat Draco’s back for raising such a nice kid even with all the difficulties. Also, kudos to Draco for becoming so insightful and thoughtful. I had such a fangirl moment. My crush on you came back.

Anyways, more than anything, I love the friendship between Scorpius and Albus. I like the fact that they are friends, and eventually even Draco and Harry become chummy-chummy, as Ron would point out in a scene. 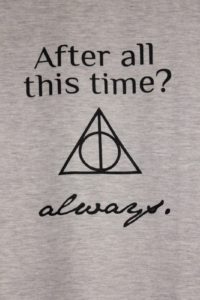 And when in one scene, Albus asks Scorpius, “Friends?” the reply is, “Always.” I smiled goofily at the book for whole two minutes.

So, I think the story concentrates on the four and their struggles. But I cannot help but comment on our lovely characters.

Ron more or less acts as comic relief. But I love him and the fact that Ron and Hermione are going strong. I had my doubts about their relationship. But now I am so happy that even in alternate realities, they have a thing for each other.

Hermione is the Minister of Magic! I knew you had it in you, Granger. I am so proud of you.

Rose is scarily like Hermione. She knows everything! But I dislike the fact that she stopped talking to Albus after he was sorted into Slytherin. I am sure she must have had her reasons, but, girl, no.

Dumbledore makes an appearance through his portraits, and he is vague as always. But I liked that he addressed all the secrets he kept from Harry. I might be still angry at him for a few things. But he made peace beyond the grave. I think I will forgive him.

Professor McGonnagal is as amazing as she had always been.

I won’t address the villain and instead, leave her for you to read and find out.

Let me address a few things the internet has been talking about before I take your leave:

No dear, he is a father. And sometimes it is difficult, crazy and scary. We often forget how hard it must be for our parents. So, be kind to him. He might have killed Voldemort, but we all know if Ron has an emotional range of a teaspoon, Harry might be a tablespoon.

Calm down. As a fellow Indian, I was upset that she didn’t select an Indian name for Ron and Padma’s child. But it’s okay, she is a human, too. Let me address this with an excerpt from the Cursed Child itself.

“Perfection is beyond the reach of humankind, beyond the reach of magic. In every shining moment of happiness is that drop of poison: the knowledge that pain will come again. Be honest to those you love, show your pain. To suffer is as human as to breathe.”

I think that we have filled the gap by reading fanfictions and yes, it did seem like we are reading a fanfiction in the start but I don’t believe that it is the writers’ fault. We know many possibilities already.

Calm down. We have a canonical addition. Let’s enjoy it.

As a concluding note, all I can say is, this was not just a book read. It was a reunion with old friends. We met over a cup of tea, that turned out to be many cups and caught up with each other’s life. So, if you’re a Potterhead, you’re going to enjoy this script book a lot.