Culturally speaking, we have lost the battle of intelligence against stupidity

Whatever happened to the battle of Faith against Belief! 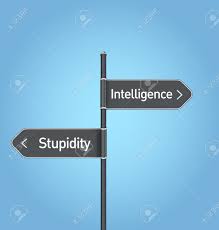 Whatever happened to the battle of Nature against Religion!

Whatever happened to the battle of Creation against Destruction!

Whatever happened to the battle of Intelligence against Stupidity!

Let’s start from the very beginning…

Over the centuries, we have believed in a myth; God. But what if I say that we have been following a lie?

“The religious myth is the most powerful device ever created, and serves as the psychological soil upon which other myths can flourish.” – Zeitgeist

Let’s better accept that our mythology was a piece of fiction. May be there was no god, maybe there is no god. In making attempts to see through the concept of god, I’ve discovered some strange information. The information is not bad in itself but there are always perspectives, injected from all the sides.

We have believed in God for a very long time.  The power that makes all the events happen, something which allows us to breathe, to think, to act, to create, to invent but may be its not an external entity. You & your God are one unit. If you unleash that power within and name it God, you are using your intelligence but if you start inventing a variety of Gods, seek different praying styles, make each style religion oriented; you probably belong to the stupid group of what I call ‘the consumers of lies’ and that’s what ‘THEY’ anyway want to turn us all in to. And with no godly intentions let me tell you.

“The more you educate yourself the more you understand where things come from, the more obvious things become and you begin to see lies everywhere. You have to know the truth and seek the truth and the truth will set you free.” – Jordan Maxwell

I marvel at the power & intensity of conditioning that makes one believe anything and submit his life to certain rocks in the form of god. We have become the labyrinth. That’s when we start suffocating inside ourselves. Anxiety, anger, anguish, distress, feeling of restlessness is born. We make the best complicated version of ourselves and this is done to us by ‘THEM’.

Ask yourself, who gave us the idea of the gender bias? 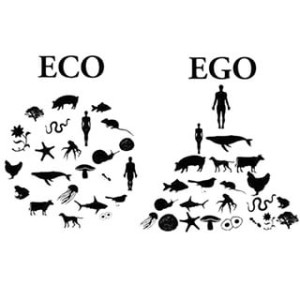 Who said a particular name can be for a girl or a boy?

Who wants us to be inside of the pre-defined boundaries always?

“THEY’ have done a great damage in the name of culture & religion. And they have been successful in their grand schemes to ruin or limit our consciousness.

When a human is born, it is as pure as nature, between human and nature there is spotless oneness, the same basic elements. But slowly, we are programmed into getting disconnected from the nature and that’s when we lose purity of our senses.

#1 Disconnection encountered: Within seconds, we are introduced as an identity classified by “Gender’. Humanness is lost. This is the first step in the long division to follow.

#2 Disconnection encountered: Then we are given a representation of our gender by a name.

#3 Disconnection encountered: With name; duties and responsibilities head into our lives. Society’s norms and gender roles are pumped into our brains. We need to follow a certain set of cultural rules and the rules are not allowed to evolve. The one who makes his own rule is doomed.

#4 Disconnection encountered: Further conditioning is injected in the name of religion, caste, sub-caste, nation and what have you!

THEIR grand scheme has infinite divisions; you can be trapped for life if you actually adhere to the scheme.

We have lost the battle of intelligence against stupidity.

The metamorphosis is the only way out, which can help us be connected again, to be in the ‘purest of the pure’, raw, natural self again. The journey will begin when we start to seek within the sand covered avenue of our consciousness. Intelligence has to rise when we start questioning all that we watch & everything that we listen – in our endeavour of getting beyond THEIR idea of living or rather leading our lives.

How we have missed out on having faith in the power of nature! This sparks the thin line of difference between ‘Faith’ & ‘Belief’. Nature works on faith while religion demands belief.

Believing means not playing with the ideas; just following like robots do. 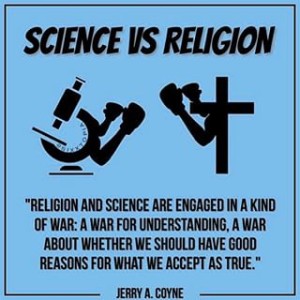 No thinking, No questioning.

Whereas faith demands a state of awareness; where one gets doubts, where one seeks answers, makes attempts to find the truth.

Let us not turn our faces from the reality be guided by the ‘may be’ that doesn’t exist. No god is listening to our prayers, we have only different species around to live with. These species have the ability to hear; talk to those who have ears, they might solve your problems if you try, if not solve at least they would be actually listening to you. Don’t try to make conversations with a piece of rock expecting some miracles.

There is so much of communication gap you see! We go, and talk about our lives to statues and not even for once we try to feed some faith in ourselves. As humans, we have all the power to create, but we are busy destroying our power of imagination.

We have our chance to be our own god. There is a voice inside each one of us, which tells us the utter truth. Energy & vibes never lie! Let’s listen to it, it has all the answers and it will be in our best goodwill, always.  May be we won’t understand it at that particular point of time, maybe we might not want to understand the right or wrong of it, maybe right or wrong is just subjective. We have a choice about what to believe in, how to make it possible from the impossible, so why waste the beauty of faith and feed that to some rock.

You are your own god!

And there will come a day on Earth when everything of this will make perfect sense.

(Believe it or not; choice given.)

Previous Fertility & Femininity: SEED Saviours
Next Us & Them: The Nature-Culture divide