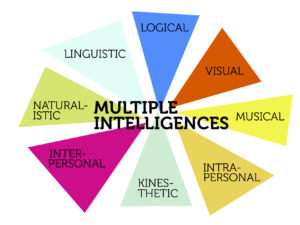 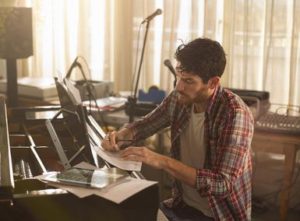 Musical Intelligence, on the other hand, is an ability not only to recognize musical elements like pitch, rhythm, timbre, and tone, but also to understand the relationship between sound and feeling, and to create or reproduce a melody or a rhythmic pattern accordingly. Some of the live examples of musical intelligence are musicians, vocalists, and sensitive listeners, who display their greater sensitivity towards the rhythm and  melody. They are capable of: studying with music in the background, singing, playing one or more musical instruments and can even discern different musical instruments in a composition. 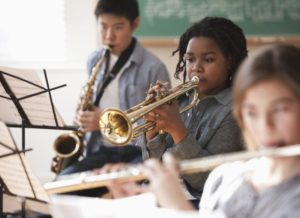 According to the analysis of covariance (ANCOVA), conducted by Osamah (Mohammed Ameen) Ahmad Aladalalah and Soon Fook Fong, on third grade primary pupils enrolled in the ALKORAH educational directorate at Jordan, the pupils with high musical intelligence were proved to possess the largest capacity to perform significantly better in a series of aptitude tests, as compared to pupils with low musical intelligence. The pupils with high musical intelligence had better memory, attributed to the larger mental capacity that they showed during the use of working memory for cognitive processing, and the strong aural component, enabling them to learn the hardest theories easily. If sung, they showed improvements in learning, even in subjects like Mathematics and English.

So, how does this work?

As per the arguments of traditional and modern experts, the human brain has two halves, the left hemisphere for logical, analytical and strategic thinking, and the right hemisphere for creativity, where musical capacities like melody recognition and generation are localized. Therefore, to solve the problems and/or to take decisions in a creative way, it is essential to achieve a balance between both the hemispheres of the brain, through continuous crossover of neural impulses between them. To achieve the same, it requires an all-round education, which constitutes the development of the intrinsic parts of the whole brain, which is possible through the music education that focuses the development of musical intelligence. Music education is essentially said to have four different meanings: 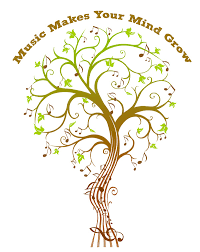 Though all the four elements of musical education mentioned above are meant for the development of musical intelligence in a person, the first three of the four meanings need the educators to have specialized knowledge in music, wherein the fourth one, focusing on the academic lessons, incorporates certain musical activities to improve the effectiveness of teaching and learning and needs no specialized knowledge in music to be involved. This may simply include the use of nursery rhymes by teachers to embed particular concepts into the minds of children in a wholesome way. This act of teaching pushes the real musical experiences in the background by engaging cognitive perception and involves the participants on a deeply personal level. However, to do this, a teacher needs to know learning preferences of an individual and needs to have a particular intention for the activity to transform into one of deep meaning and transformation. The development process takes place accordingly, as the potential of the brain differs from one person to another.

If our music resonates with someone on a very personal level, then that is great, but if someone else reacts to it in a visceral way then that is ok also. As long as people feel something then I don’t really mind what it is. –

Musical intelligence cannot be restrained by technical concepts, nor can it be fully embodied in the emotions of an individual. To be musical intelligent is to keep peeling off the layers of musical composition, where each step takes you further and further into the womb of something that you never knew existed within as simple an element as a song. 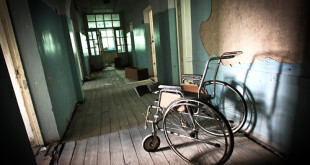 Demons: A Tale of Musical Melancholy and Frailty