With the advent of the Recombinant DNA technology, the way we looked at DNA changed completely. Now 45 years later, the technology has become so powerful that our outlook towards our genetic codes has undergone yet another paradigm shift. Today, instead of referring to big and fancy words such as cloning and recombination; which in their heyday were a big deal, we are simply talking about cutting and pasting DNA. Though saying DNA “cut and paste” may sound like we are referring to a word document than a complex procedure, it  cannot be described as a piece of cake

Getting into the details of the matter, Recombinant DNA technology described in simple words means inserting a part of one organism’s gene into another and the best example of it is the way in which we produce insulin today. We “simply” combine a gene responsible for the manufacture of insulin into the genome of a cell, after which it starts producing insulin. With the passage of time, this technology increased with the demand of scientists for their experiments, as the level of human thinking, curiosity and our desire to deconstruct, understand, reinvent and modify everything around us increased. The modern day science is very powerful and CRISPR-CAS technology is the best example of it. 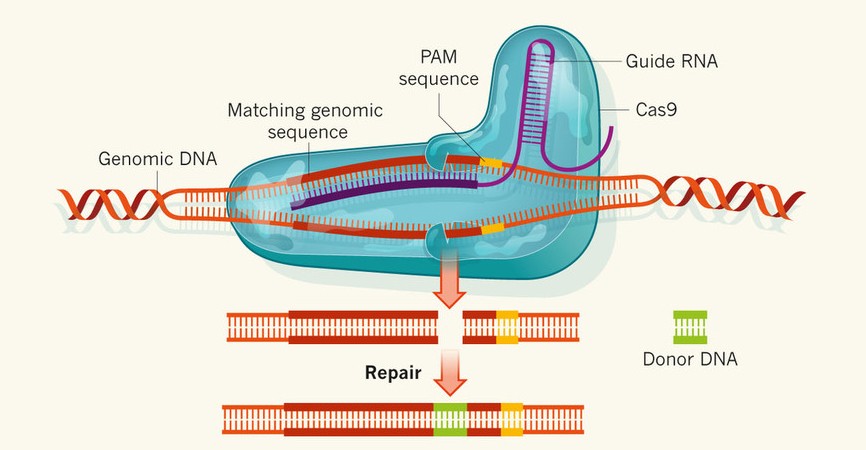 Even before CRISPR came into the picture, scientists were editing human genome using molecular tools, like molecular scissors. Ten years ago they found an enzyme called zinc finger nucleases that could insert a cut in the structure of DNA and help scientists to modify genomes of several model organisms. The two main problems with the zinc finger enzyme included the insanely high costs required to procure it as well as the fact that they were difficult to engineer. So the situation was that it would take mostly around USD 5,000 or more to purchase the technology and once you have it, you have to spend a great amount of time to master it. Though the effort was worth it as zinc fingers would do editing accurately and efficiently, a cheaper and convenient technology was needed to usher in a change in the way we engineered and re-engineered genetic material. Thus, CRISPR was born!

Clustered repeats were specific sequences of DNA nucleotides which were first described in 1987 for the bacterium Escherichia coli by Yoshizumi Ishino. But at that time, their function was not known. In 2000, similar repeats were identified in other bacteria and archaea and were termed as Short Regularly Spaced Repeats (SRSR). SRSR were renamed CRISPR [Clustered, regularly interspaced, short palindromic repeats] in 2002. A set of genes were found to be associated with CRISPR repeats and was named the cas, or CRISPR-associated, genes. The cas genes encode for nucleases or helicase proteins, which are enzymes that can cut or unwind DNA.

Tripped Out Fact – By the end of 2014, some 600 research papers had been published that mentioned CRISPR.

Taking a step forward, we now have a modified version of this technology called CRISPR-Cas9 System. In this system, the enzyme Cas9 functions to guide an RNA molecule to hone in on our target DNA. So for a researcher to use this technology, all he/she needs to do is buy RNA’s, while the rest of the materials can be manufactured in their own laboratories, thus making the cost of this technology worth as low as $30. CRISPR-Cas9 is currently being considered as the technology which changes the spur of biology, especially molecular biology and relative fields after the PCR, the gene amplification technology that brought the new revolution in molecular biology and genetic engineering.

Initially, the technique was used on model organisms such as mice and fruit flies as they are comparatively easy to manipulate. CRISPR opened up a whole new range of organisms which could be used as model organisms.

Tripped Out Fact: The genome of this organism had been previously difficult to genetically manipulate in the lab. Jennifer Doudna, a CRISPR pioneer at the University of California, Berkeley, is keeping a list of CRISPR-altered creatures. So far, she has three dozen entries, including disease-causing parasites called trypanosomes and yeasts used to make biofuels.

CRISPR-Cas9 is considered to be one of the most powerful techniques currently being used to study biology. On the other hand, with great power comes great responsibilities.  This technology is highly specific and so powerful that in April news broke out that a scientist had used CRISPR to manipulate human embryos, which were predicted to have low chances of survival on birth. After this, the new focus began to set up the ground rules and ethics for using this technology. Though it is highly specific, the usage of this technology on human germ line is not something to be taken lightly. In order to manipulate the germ line of humans, the technology has to be 100% accurate and this is very risky business. A large amount of emphasis has to be given to the aspect of keeping human safety as the paramount objective of the procedure, which essentially includes ensuring that the technology is probed and modified until it reaches high standards of accuracy and efficiency. 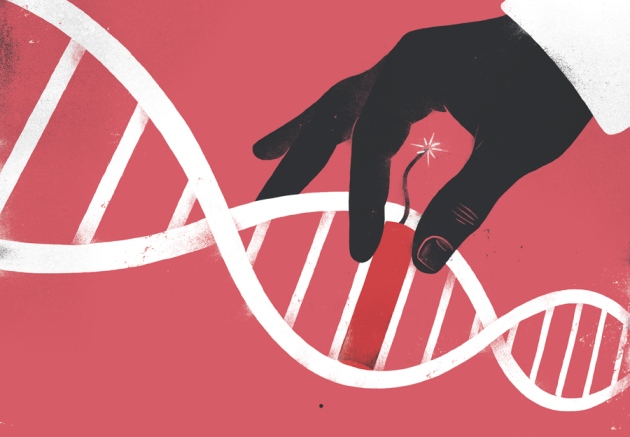 In order to set basic guidelines and ethics related to the use of this technology for germ-line studies and somatic cell studies, scientists from America, Britain and China came together one fine day in December 2015 in Washington at The International Summit on Human Gene Editing, where they raised their voice in regards to this. They came to a conclusion that further research in this field using CRISP-Cas9 technology will follow the basic guidelines and the ethics which are required to ensure safety during and when human trials are conducted.

Tripped Out Fact: even though ethical considerations have been made for the procedure, CRISPR has had some stunning breakthroughs, such as causing specific mutations in monkeys and even preventing HIV in human cells. Moreover, CRISPR can also open up the doors to designer babies and can act as a cure to all genetic diseases owing to its immense accuracy.

This technology is the one which puts us at par with Gods! The use of this technology gives us an immense amount of power with regards to kind of achievements which are within our grasp. For instance, the technology can help us create mutants like Wolverine and Professor Xavier, as it gives us the chance to manipulate the very genetic language which makes up ourselves as well as our realities. On the other hand, before we go to such heights, we will need to understand the subtle intricacies as well as the dark side of the technology, so that we can learn to use it in a more responsible manner.

Previous You can now time-travel through your medical history with a blood test! – Meet VirScan
Next The Cosmic Monster that is 12 Billion times the Size of our Sun