Ludo: The Game of Life

Out of the box,

Coins have been unlocked.

Get ready to play,

These coins will kill each other to stay,

A team of 4 players in this game,

The colorful houses each possess a name.0

The game is yet to begin,

No color is primary or secondary yet!

Now, they move not,

But soon, they’ll be striking,

If they don’t it’ll be like a child’s game, round and round in the merry go round.

And the destination will never be found.

Their journey will circumambulate,

Putting their very existence at stake,

They’ll also find themselves in the ‘star’ zone, where they can play safe, 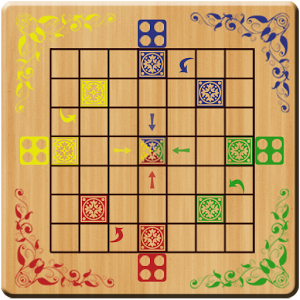 But the ones, who move forward, take risks, are brave.

Even though their path dangerous,

Their future is mysterious!

The purest one will not be pure once the game begins; it’ll turn into a white snake,

The snake that the colorful houses will dominate,

The snake with three faces and 6 eyes, 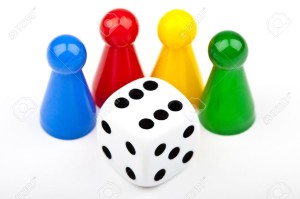 On the dice’s command!

In the danger zone,

Each soldier all alone,

The ones that reach the destination will complete the journey,

They are the ones who’ll leave behind a legacy.

Explanation: I have described the game of Ludo, with the touch of architecture in it. I see the game of ludo as a perfect description of our lives.

This life is like the game on the ludo board, coins are our choices. The colorful houses are concepts that dominate your life and pushes the coins, that is our choices forward. Red, resembles sexuality, Blue is peer group, Yellow is family and these are all primary colors. Primary colors form together to make secondary color, and here the secondary color is green, which resembles faith. The colors part is the architectural touch to it. These colors don’t dominate our coins unless and until the game begins. Our concepts control our choices. One choice needs to be preferred over the other just like how one coin defeats the other just like the coins in the Ludo game. If they don’t, a person will never move forward. They’ll be stuck in the same old cycle where they keep going back to square one and they’ll die like this one day. Also, a time will come when you’ll find yourself in the star zone, it’s a phase of your life where everything will right and you will feel like staying there forever. Just like the game of Ludo where you get in the safe zone and no other coin can defeat you. Life here is boring for the adventurous ones, they’ll prefer going ahead. Now comes the game changer, that is the dice, that is You. 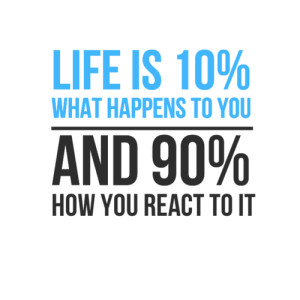 When you are a kid, you are pure, not programmed. But later you become a snake, not in a bad way. You are unaware of your own potential and move according to the snake charmers that is the concepts of your life. You might not be able to control the concepts but you can always control your reaction and guide your choices.

Choices themselves have a personality and are usually always in a threat to get overthrown, but you are the one who ultimately who wins and who loses, that which concept wins or loses. Those who are capable of making right choices are the ones who leave behind and impact.

Previous Fiction Rooted in Reality
Next Part 1: See the Fictional World through the Eyes of a Writer