Saluting the Liverpool jersey number 8 and the magician from Italy

I just had to write about them because football as a sport has played a very important role in my life and they were amongst the first few footballers that I looked up to before I started following the beautiful game. The retirement of 2 greats of football who defined the laws of passing has not gone down well with most people around the world and to be honest I’ve not yet recovered from the shock of losing two mid-fielders of such great stature. Though I knew that this was coming for a while now, witnessing it was extremely emotional for me.

This article I dedicate to 2 mid-fielders Steven Gerrard and Andrea Pirlo who I believe, are the best passers that my generation has seen. You can browse Youtube, read up on Google, watch old matches back again (again and again) but I do not believe you will ever get tired of watching a game where either of these players played. There are a lot of similarities that you can find between these two stalwarts of the game but the first that comes to mind is their commitment to a club. Loyalty and commitment is a very touchy topic where footballers are concerned and there have been a lot of players who have moved out of their parent clubs to aspire to become well known and well paid footballers. But staying by your club throughout your career and believing in it when there are far too many people trying to lure you away takes a lot of resilience and mental stability along with a deep sense of commitment towards a cause. 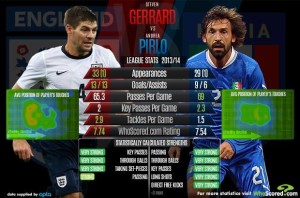 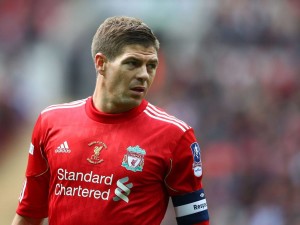 Liverpool clearly is not one of the teams that you would have backed to win the Champions league crown in the last 5-6 years, but you always knew that that guy wearing “8” will do something special when he has the ball. I talked to a few people in Liverpool when I was there a few years back and the love and respect that people have for him cannot be mentioned by mere words. While I still believe that England did not make the best use of him as a midfielder, Liverpool have time and again benefited from his steadfast approach and unadulterated attacking prowess.

On the other hand Pirlo has been the flag bearer of the Italian midfield for a decade now. Right from the time he peaked (when playing for Milan) to the time that Italy won the world cup, and recently when Juventus lost to Barcelona in the final of the Champions League, it has been quite a ride and many of us have hoped and prayed to catch a glimpse of the epic through balls and long passes that have categorized the bearded man’s game. It is fascinating to see that Pirlo’s game, from the time he has moved to Juventus from Milan (a free transfer by the way) because not only was his presence ever so menacing, his passing got much more precise and defined. Learning and maturing at this age is something that we must learn from him. Not giving up until the whistle blows! 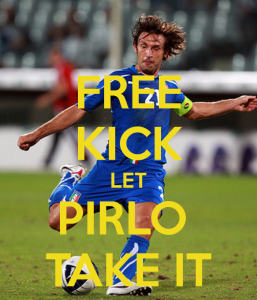 The two defining matches between Gerrard and Pirlo are close to heart and when I close my eyes and look back, at the Champions League final of 2005 and the group stage world cup match between Italy and England (in 2015), a tear or two from the eyes is very difficult to withhold. What a night in Istanbul and 9 years later in Manaus. Gerrard won it the first time and Pirlo won the second. In both cases I wouldn’t argue with the result as it was befitting to the kind of performance that Gerrard and Pirlo produced. The Istanbul final was deep into the night and my half sleepy eyes lit up when Milan routed the Liverpool defence in the first half. But then came football’s old saying “a game of 2 halves”. Eventually it would turn out to be arguably the best game that I have seen in my life.

The other match I am sure, is still very fresh in everyone’s memory, but the one moment I will take back from the match is Pirlo’s effort from a free kick deep into extra-time when he made Joe Hart look like a school kid searching for his lost toy (read ball). 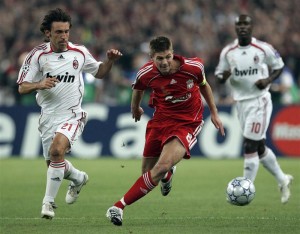 With Gerrard though, there is also a lot of tenacity involved when he is on the field his goals with Owen and Suarez will be remembered as few of the best assists by a midfielder. His long balls were usually attacking though his floating (loopy) balls are a treat to watch. On the contrary, Pirlo played with relative ease and his long and short passing is a reflection of one of the calmest minds in world football ever. His loopy balls to either wing would reach the player almost exactly to the feet all the time and when this is done with ease, it creates a huge impact. The goals scored by each of these insane dead ball kickers, has made a lasting impression on many. I am pretty sure that it is going to take a long time for us to find someone close to their skill and technique. Saluting both these greats who made football what it is for me today. 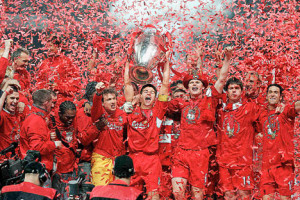 Previous Culture Week Recap: 12 things we learnt from an exploration of ourselves
Next What kind of a FAN are you?