Understanding the trend of last few years in Oscars, it would be safe to place your bets on smaller Davids of the industry rather than the gargantuan Goliaths. Smaller but more difficult to make are the pictures that have outdone their behemoth counterparts.

2015: “Birdman” that had grossed under $30 million till Oscar nominations were announced last year was the David of last year that shattered the dreams of its Goliath competitors like “American Sniper” & “The Grand Budapest Hotel”

Out of these 8 movies, 3 can be undoubtedly categorized as Goliaths, viz. Mad Max: Fury Road, The Martian & The Revenant.

Though my personal favorite out of all these would be “The Revenant”, it is doomed to fail this year against its smaller competitors like “The Big Short” & “Spotlight” which would be the two top contenders for the most coveted award for me.

Unlike last year, this year Alejandro G. Iñárritu has taken a big leap, perhaps inspired from the success & recognition that “Birdman” received. The production budget of “The Revenant” is almost 8 times the budget of “Birdman”, Iñárritu’s previous year Academy Award winning movie. While “Birdman” grossed just $42 million, “The Revenant” has already grossed over $165 million

Despite of being the most stylish & artistically constructed movie of the year, I would not pick “The Revenant” for grabbing the prodigious award. It is also unlikely for Iñárritu to win ‘Best Director’ award for this as the Academy would not be very keen on awarding a Mexican twice in two years. The ageing director, George Miller, who has amassed a lot of acclaim for the latest Mad Max would be my pick.

However, in contrast to how I have analyzed things here, “The Revenant” has actually bagged the highest (12) nominations & could actually dominate across a lot of categories. Leonardo DiCaprio’s elusive Oscar run is certainly ending with this movie. He has truly delivered a virtuoso performance in a cripplingly agonizing role.

After having watched all these movies & having analyzed them, following would be my picks for the top categories. However, these are just guesses & more awards to “The Revenant” would just make me happier. 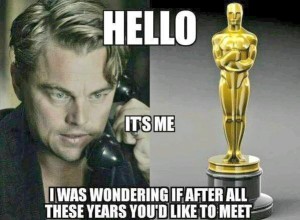 Actor in a Leading Role:

Actress in a Leading Role:

Actor in a Supporting Role: 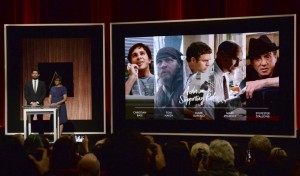 Actress in a Supporting Role:

Predicted Winner: Inside Out

Predicted Winner: Inside Out

As the Oscars are fast approaching and it is only fitting that we explore the dimension of movies by using this week to indulge in a good dose of Oscar fever. Yes, our aim this week would be to spread the fever across the land, both through blog articles as well as the screenings which we would be conducting at The Holy Cup Café in Ahmedabad.

We will be exploring two basic aspects of the Oscars this week. On one hand, we would be writing about our own experience (movie trip reports, if you will) that we had during our viewing of the 6 best Oscar nominated movies for Best Motion Picture. This would include in-depth reviews, theme analysis, and plain rantings so that everyone can get in on the action.

Another aspect that we would be exploring each day would be the various categories that are a part of Oscars, such as Best Motion Picture, Best Screenplay, Best Animated Film, Best Foreign Film and so on. This aspect of exploration would include nuances such as understanding the category in itself, the judging criteria, and of course, details about the nominees along with reasons for our own predictions.

Since last five years, I have been scoring more than 17/24 on 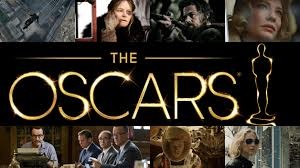 my Oscar predictions. However, predicting Oscars isn’t as easy as it sounds. More than predictions, it is about enjoying & celebrating the top movies produced during the year. Taking this as a yearly routine, I make it a point to not miss even the remotely nominated movies. Come 29th and we shall unfurl the winners and enjoy the yearly show that celebrates cinema in its true spirit.

Previous Our External and the Internal Worlds: My Experience as a Mentor
Next The Method to Madness 1: Adrien Brody in “The Pianist” 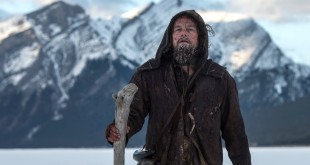 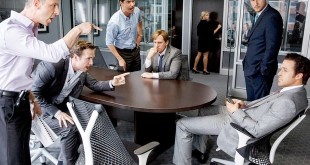 Oscar Movie Review #3: The Big Short: The Fall from Grace