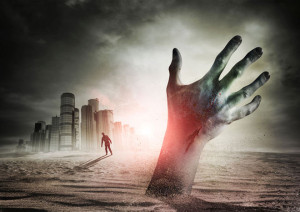 In the world of slavery
I was bitten by a zombie
Bitten in the haunted yet enchanting forest
Possibly that zombie was among the last ones on this planet
The wound was deep and clear
So my family decided to disappear
My body started to change
People pointed fingers and called me strange
I wasn’t killed because I still had the scope to be tamed
I was skilled as zombie and I wasn’t ashamed
Everywhere I was rejected
Not a single place was left where I wasn’t injected
An outcast
Yet they wanted to control me
But at last
I found companions that consoled me
These were the vampires
Who weren’t afraid of the sun or fire
I didn’t fit among them, it was not where I belonged
But I was never condemned and told I was right or wrong 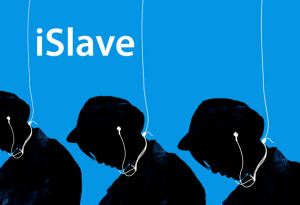 I see the world around me, where each one of is a slave. Slave to money, to people, to the internet, to fashion and what not
And I rebelled, so my people treated me like a zombie. An outcast. The dark forest is my trip to the bookstore there were old books, and I bought an autobiography of Malcolm X. He was the zombie who bit me.
They thought I could go back to square one and be like them so they let me be.
But I didn’t and before I could be forced into doing something I didn’t want to I left.
In the beginning, I struggled, I was alone. But I found people, who the society likes to talk about but are scared of, vampires, and in reality, people at Writopedia.