Part 2: See the Fictional World through the Eyes of a Writer

Every story has another side to it and so does the story in the first part. I could have told you that I had met a Canadian guy and a Chinese girl with whom I set out to visit the Monsoon Palace in Rajasthan, which was a popular tourist destination. We started our journey of around 9 Km on foot at 3 o’clock in the afternoon and in the scorching heat. 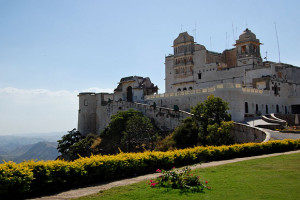 By the time we reached the main gates of the palace at the bottom of the hill we were exhausted. The guards at the gates demanded an exorbitant amount as entry fee from my foreigner friends irrespective of the fact that the main attraction of the area, the wildlife sanctuary, was closed down on that day. We tried to argue with them saying that we just need to use the road and see the sunset from the hill but the guards didn’t budge. That’s when we plotted to circle around the hill to find a suitable spot to climb over the palace walls.

We walked around a bit and stumbled upon a man who was working with a bunch of locals in building a small shelter made of rocks. He himself looked no different from the workers but once he started talking we were surprised by his impeccable English and his British accent. He advised us not to jump over the walls as the sanctuary was just on the other side of the wall and we that would make a fine meal for the beasts. He invited us to his home for some refreshments and asked us to spend as much time as we liked to. On the way, he told us that he actually has a job in London where he would work for around 6 months a year and then spend the rest of the year in building his house, back here in India. He was wealthy, well educated and both his children were studying abroad. The ‘house’ that he mentioned was spread across one acre of land where all buildings, sculptures, walkways, and benches were made entirely out of stone. 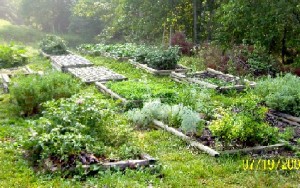 He had designed the entire area, down to very last detail and also shared the labor with the regular workers as he believed that it was an opportunity to rediscover himself. He even had a huge garden with an abundance of fruits, flowers and vegetables that were grown organically using the latest agricultural techniques to ensure optimum utilization of natural resources. It was modern age oases in a land known for the great deserts. He told us about his plans for making the palace a travel destination for serious travelers and not as a place for entertaining the nosy tourists with their selfie sticks. We roamed around a bit, had a nice little chat sitting on a stone bench under a sapota tree, sipped tea, munched some biscuits and finally left feeling glad to have come across that gem of a place.

So, which version do you prefer? I am for the one, where I can be the legendary Indian swordsman who was invited to the magical fortress of Rocks. Here I could cast spells, defy laws of gravity and make granite boulders weightless, spend time in a magical garden, kick some royal guard’s asses and more. 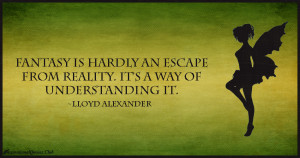 Writers are those who pursue truth in uncanny worlds and often their pursuit is mistaken for escapism. But so far, has the human race found any technology that could fill a soul with empathy as much as writing could? For me when I lie down on the back seat of a car and look up at the moon, I see the silver gray rabbit chasing after me through a meadow of black grass. The clouds transform into gray sheep, the stars, and the planets become the tiny colorful beetles and the cold breeze oddly warms up my heart. The people I see flashing before the window of the train become individual islands, each with their own assorted population of grievances, happiness, and pain. I try to guess about the lives they live and whether any of them knew the so called secret to lead a happy life, or were they all living the same sad life as the majority of the human population. 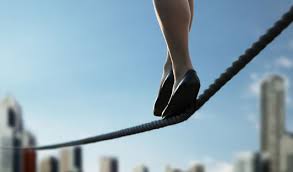 A writer is much like a tightrope walker; the thin rope, his reality; the bottomless pit, his fictional world; the pen, his balancing stick. Sometimes it feels like one should just give up and either fall for the alluring temptation of vertigo or should simply cling on to the rope and lead a simple life with simple thoughts. But for a writer it’s neither the rope nor the fall is that what excites him; it’s the adrenalin rush that he gets as he makes the walk, knowing the challenges and the harsh reality that would torment his soul and ultimately give birth to a new story.  Each story that he creates becomes a Horcrux that would take him through ages, unbound by his mortality. How could the reality ever be a competition to this world of words conjured up by the mighty pen of a writer? Quoting Orhan Pamuk from The Black Book, “Nothing is as surprising as life. Except for writing. Except for writing. Yes, of course, except for writing, the only consolation.”

Previous Part 1: See the Fictional World through the Eyes of a Writer
Next A Night In Novosibirsk