The Journey of my Philosophy Part-1: Places that Defined Reality

This article follows my journey through some of the places that have radically changed my perspective on life and reality itself. These places and the people there have heavily influenced my path through life and have also helped me develop my present perceptions towards reality as a whole. The epiphanies and realizations that I have documented in this article seek to show that everyone has a purpose in life. The biggest lesson here is to go out into the wilderness and find what you are looking for!

My first trip to the mountains alone, first trip looking for something more than entertainment and refreshment of

daily life. And what a place to do exactly that. Kasol, the Amsterdam of India, is considered as the start of “hummus trail”. Kasol is the first point where most of the Israeli students come after their 2 years of compulsory military service, which pays them good money at that. Also the place where many  Potheads get together from around the country. Well, who can forget all the babas (ascetics) who remind you of Lord Shiva every time the chillum is passed to them. The place has its own culture and the entourage is more than just a place for trippers.

While traveling alone, I got the chance to meet some people who were about to change my trajectory in life even without me having slightest idea in my head. I ended up meeting a dude from Bangalore who left home and was living there, trying to survive by playing his guitar. We spoke for 4 hours straight the first time we met. I had just quit my job before taking this trip, so my curiosity for something more to life than just the rat race was on its peak and what a place to be for that! I ended up staying with this friend in his lodge for next three days, during which i got introduced to Eckhart Tolle and Terrence McKenna. And it was the start of my intellectual

I had smoked up before but not with such intensity and never with such gorgeous set and settings. My mind, that had just come out of the social normality, had begun to ask millions of questions about life and about the world we live in. The need to figure out the “real” reality had begun. To be in nature felt like a new thing in itself. Somehow nature started to interact with my thoughts. In such mental restlessness, I met a beautiful Italian couple in a cafe. They told me how they had left everything and come to Himachal 20 years back to live a life completely into nature. Paradise it was, they said, with a glow of yesteryears in their eyes. One of the most memorable conversation of my life was with this Italian lady, who tried to answer my questions about life and the world as calmly as possible. It went on for hours and hours, it felt like I had come to Kasol with a purpose. At the moment of our departure, the old lady gave me a long hug and told me to visit Osho ashram in Pune. I had just found my cue for the next journey.

Two months after Kasol and I packed my bags for Pune, how can I not? When I got there I went to my friend’s place before going to the ashram. Next morning when I visited the place, they explained the whole procedure for membership including a hefty fee, blood test and two robes that I had to buy. I couldn’t stay there, but I couldn’t not get in either. I took the membership without paying heavy for the stay. Now was the time for a formal intro to the place. Serenity was the first word to strike you. It was almost impossible to guess there can be such a place in the middle of a city like Pune, but it was there. This was my first attempt to meditate. As soon as it hit six on man-made time, I left the place thinking enough for the first day. I had no idea what was in store for me here.

From the next day I would come early mornings in an rickshaw wearing my robe and would go back to my friends late in the evening. But my day’s were filled with pranayam (breathing exercises), meditation and somethings I never guessed. It was the evening ceremony for which everyone has a white robe. Entering the glass pyramid, something would hit me in the face. It was not the sight of hundreds of white robes sitting inside the silent pyramid, it was not the fragrance of the place, it was the intense energy level of the hall. In spite of being the skeptical of all the metaphysical stuff, I couldn’t deny the presence of something more than what was visible. I couldn’t think of absolutely anything and was forced to just be a witness of the moment.

One of my new friend was a German guy in his 40s who used to take walks with me in free time. It was there that I found what I had come for. He was a scientist back home in the field of quantum mechanics. He told me that if you stay long enough in his field, there are only two outcomes, either you go mad, or you turn spiritual. He introduced me to the concepts of subatomic bewilderment and how the world is not as simple as it looks. He tried to relate the unpredictability of atoms and the functioning of our mind. Meditation was a state of clarity because it was, in a sense, the state of no mind. Like the infinite possibilities of a sub atomic particle, mind has no definite form either. He had just blown my mind.

Further in the journey I started discovering that mind, which I am so proud of, is the only obstacle in being one with what is happening outside. My mind has an identity of its own, and makes me feel separate from the world, the special “Me”, which as my new friend had explained, is just an illusion. Actually strictly speaking quantum mechanically, everything was essentially made out of same stuff. Just the forms were different, and mind had the biggest role in making this difference permanent. I was no longer sure of what I had found and what I was looking for. I still had a hard time accepting Osho and his ideas as my guide. I left Pune after a week, thinking I needed to digest what I found.

I fell into knowing more about quantum mechanics. Well as much as it is possible for someone who didn’t take any interest in science most of his life, and didn’t understand many of the scientific concepts. My travels really started pumping my curiosity. At this point I was really anxious to find where my journey leads me to.

It took me a long time to figure that essentially everyone comes to the same journey in life. There were people who understood this and tried to escape from the society that treats the illusion as the biggest realty. One such attempt that I came across was Auroville, an attempt to create utopia outside the functioning of money and society. I was excited like a 10 year old in a candy shop when I had booked my tickets to the only utopia I had heard of. I visited the place with my mom and dad, showing them the other side of society too.

Auroville has a distinct hippie feel in the air. People with deep utopian ideals had built it after all. It was easier to talk to new people and more so when I had to answer my non English speaking parents everything they asked in Hindi. We took a trip around the place in following 2 days. We saw different businesses and NGOs all around the place that were built on the ground of sustainable development. I got a chance to speak to the kids waiting outside a cafe on their cycles. Sheer amazement to see the clarity of their ideals at such a young age. I felt amazed looking at the structure of the society that includes concepts of energy and meditation in its day to day life. Although it was not all like I had pictured the utopia to be. Money makes its presence felt even here. Although different and milder than our society, Auroville was not entirely exempted from human greed. Later I found this to be the major reason why the utopia couldn’t stay as what it was intended for.

But like in everyplace I met that one friend that gave me the crux of the place and the cue I am looking for. This time it was a Canadian yoga teacher who made me understand what I have been looking for. What the utopia has been a attempt for, is nothing new, nothing unique. The whole cult or religion or practice of Buddhism has the same grounds. To get out of the hands of social psychology, see things for what they are and act according to one’s own intelligence is at the core of utopian ideals as well as of Buddhism. This was my formal intro to Buddhist philosophy.

Trace the next part of my journey where I explore the inner recesses of my psyche, earn tribulations from some intense experiences at some of the most serene places ever known, experiment with psilocybin mushrooms and embrace the ever-flowing truth behind Buddhism and reality as we know (or think we know).

Previous How I Met Your Forefather: A History of Voyages-I
Next It’s not crazy to quit your job and travel around the world! 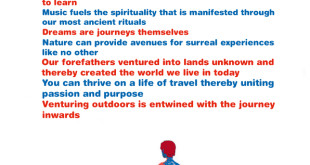 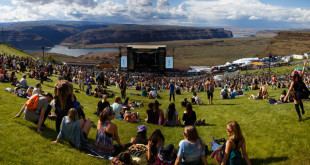 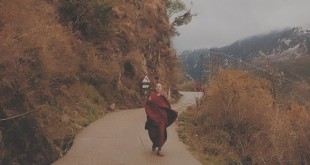 The Journey of my Philosophy Part-2: Mushroom thought-clouds and the Dalai Lama 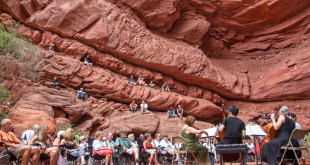 Traveler POV: The 5 Most Scenic Music Festivals in the World