Music: A primal need or a stimulant for the brain?

The way in which music affects us as humans is something that has been pondered over throughout the centuries, with people extracting various interpretations of the same. Some are of the opinion that music generally entails some sort of “food”, “drug” or “stimulant”, not so different from coffee. This in turn, provides the implication that if we were deprived of music from our lives, it would not entail much of a change in our day-to-day activities as well as our behavior as a whole. On the other hand, a certain faction of humanity is of the opinion that music entails a much deeper connection than just being a stimulant. Music has been noted as something which has been (and will be) an essential tool in our evolution itself. Either ways, there is no neglecting the fact that music has a deeper implication, including something that goes beyond our normal state of consciousness.

Music: How and why we perceive it

Outside the cranial box, these are just sound waves, which take the form of vibrations along an endless sea of air molecules. But, the moment these vibrations reach the surface of our eardrums and glides over the surface of our biological olfactory apparatus, they are transformed into something completely magical and incomprehensibly beautiful. These utter moments of bliss are a result of our brains’ interpretation of these sound waves, which we have learnt to identify as “music”. These organized patterns of notes and frequencies have the power to convey immense emotional patterns as well as incredible bouts of information. Through experimentation and gradual understanding of human behavioral patterns, we have b 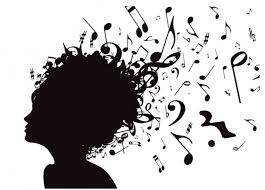 een able to understand that the emotional states achieved while listening to music are triggered through our ancestral conditioning and association of sounds with feelings such as danger, safety, pleasure, and so forth.

Music and the Brain

Studies have linked the perception of music to certain centers of our brain, including the cerebellum, which entails the most primitive part of our brain. This is one of the many aspects of our brain which links music to a very primitive urge or tendency, wherein music presents itself as a primal need or even an evolutionary tool perhaps. Other brain parts which can be linked to the perception of music include the thalamus, hippocampus and the amygdalae, each of which can be associated with functions such as memory and the fear impulse. These aspects point to the fact that music has been involved as some sort of evolutionary mechanism, which in turn has influenced basic degrees and facets of human behavior itself. This is evident in the way music is being used in the commercial world, in order to influence the very moods, thought patterns as well as the preferences of customers.

Music and life itself

If viewed from an evolutionary point of view, music can also be seen as a primal urge to go back to our ancestral routes and ways of life, especially from a community perspective. This idea is heavily influenced by the way music has acted as a tool for ritual practices as well as being the heart of most community gatherings. Maybe, the same ancestral tendencies and urges are exemplified when we are exposed to music, including acts of dancing and head-banging. In other words, music can also be seen as a basic instinct, which comes with attainment of a higher consciousness.

Due to the deep influences on our behavioral patterns as well as the way in which it influences, we can say that we have an inherent urge to produce as well as to listen to music. This means that there is no particular distinction between the “composers” and “consumers” of music, as both are one and the same. This is highlighted by Philip Ball in his book, “The Music Instinct”, in which he says that the ability to perceive systematically arranged notes and derive some sort of emotional fulfillment from them is the very essence of musicality itself.

Tripped Out Fact: He also says that music is one such thing that has been ubiquitous throughout civilizations and cultures, more uniform than language and visual art forms. This aspect is enough to point to the fact that music is a basic human need, which each and every one of us has to perceive and produce in order to satisfy a particular evolutionary primal urge.

Instead of commercializing such an invaluable evolutionary need, music can be viewed as an adaptive necessity which is and has been essential for human evolution itself. This will help in understanding the very importance of producing and perceiving music. This connection of music with some sort of higher evolutionary longing or need is something that we have not been able to comprehend through the use of factual scientific theories, and have always solely based it upon our experiences. If we change our perception towards music and view it from an evolutionary point-of-view, we can start to appreciate its importance in our community and society as a whole.

https://www.youtube.com/watch?v=fDfVsFxJXms [Interesting take on how music can be an essential tool in sharpening the mind and reaching new heights of cognitive awareness]

https://www.ted.com/talks/robert_gupta#t-85042 [Dwells into the immense effects that music has on human health, memory and sanity itself]

http://www.livestrong.com/article/157461-how-music-affects-the-human-brain/ [A look into the very nuances of the effects that music has on the brain and its functioning as a whole]

http://www.academia.edu/2524937/Music_Culture_and_the_Evolution_of_the_Human_Mind_Looking_Beyond_Dichotomies [A beautiful article on the way music has shaped the very essence of our consciousness itself]

http://news.nationalgeographic.com/news/2014/02/140216-sea-lion-parrot-music-animal-behavior-science/ [An interesting look into how music perception may be universal throughout all species]

Next The Holy Connection

To life and its simplicity

Many feelings, Many thoughts Some fleeting, some lasting! Learning to tell them apart. The …